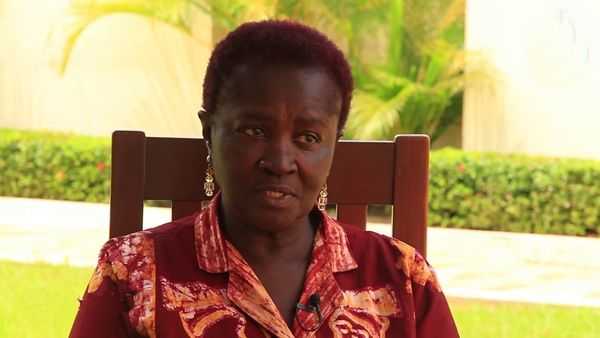 A Former Minister of Education, Professor Naana Jane Opoku Agyemang, has urged the government to tolerate teachers who express dissenting views about its policies.

She expressed grave concern about how some heads of institutions who expressed their views about the government’s policies were allegedly either sacked, demoted or transferred, adding that democracy should not have space for fear.

Naana Opoku Agyemang, who is also the first Female Vice-Chancellor in Ghana, was speaking at a lecture organised by the youth wing of the National Democratic Congress (NDC) on “The State of Education in Ghana Today” at the University of Cape Coast (UCC) last Thursday.

The occasion was graced by people from academia, students, youth groups and NDC faithful.

“We have created, adopted, practised and maintained an atmosphere of tolerance; nowhere did we dismiss a headmaster or teacher for expressing dissenting views,” Naana Agyemang said and added that education was about linking minds, democracy, which must be the amalgamation of the thoughts of everyone.

She said when in the past some were pretending there was no chalk in the classroom or conniving with others to make children lie on the floor of the classroom where there were classrooms, the solution was not to flex muscles, bark or make “people older than us kneel and apologise simply for expressing alternatives.”

Naana Agyemang, who touted the gains made under President Mahama’s tenure, said 1,129 classroom blocks were completed out of 2,011, with the remaining at the various stages of completion.

“Today, over 7,000 trained and certified teachers failed the sit-down licensure exams and, therefore, have become unemployable, according to the manner of implementation of the standards,” she said.

Mr Ablakwa described the bill as a “crude attack on the sacred principles of academic freedom and autonomy for the public universities.”

He said a careful consideration of the provision in the draft bill portrayed a desperate agenda to assail the pillars of insulation and thereby interfere with the management of higher institutions of learning in flagrant violation of Article 21 of the 1992 Constitution.

Mr Kwakye for his part said the government was usurping its powers by unnecessarily interfering in the affairs of the public universities and called on all to rise up and speak against it.