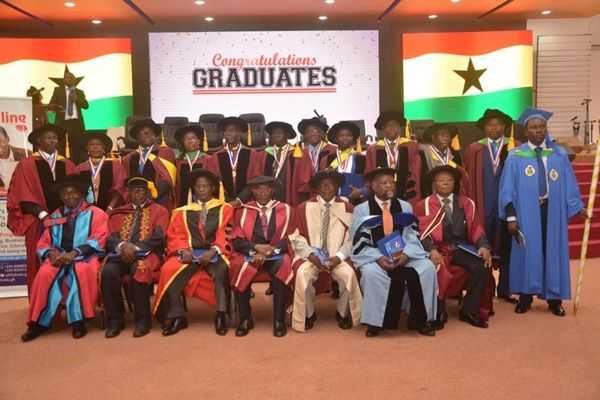 The Accra Institute of Technology (AIT), a leading technology-focus private university graduated its s sixth batch of thirteen (13) PhDs during the University’s 14th Graduation Congregation held in Accra over the weekend.

This brings the total number of PhDs graduated at AIT since 2016 to close to fifty (50) in the fields of, Engineering, Business Administration, Education and Information Technology.

In a statement released by the University, this achievement marks not only an AIT history, but also a history in the annals of private university education in this country.

In his speech to the congregation, which also saw  the graduation of  Bachelor’s, and Master’s degree holders, Professor Clement Dzidonu,, the President of the University observed that this major achievement of a university which is less than ten  years old makes AIT the first private university in Ghana to successfully offer, run and graduate students on an internationally benchmarked Doctor of Philosophy (PhD) degree program.

According to him this is no small achievement if put within the context of the fact that the PhD per capita of Ghana is just 2.72 per million population.

He noted that given the fact that over 250 PhD students are now enrolled at AIT, the university has become one of the leading postgraduate research institutions on the continent.

‘AIT will be graduating more PhDs in Business Administration, Engineering, and Information Technology before the close of the year,’ he assured the congregation.

The 14th Graduation ceremony in addition to the 13 PhD s saw the graduation of number of Bachelor’s and Master’s degree holders in Engineering, Business Administration, Computer Science, Information Technology, and Education among others.

Professor Edward Ayensu, the Chairman of the AIT Board of Trustees in his address to the congregation, observed that so far all indicators point to the fact that the University is meeting a number of   its milestones as a young and growing dynamic institution which is showing all the encouraging signs of becoming a world-class university.

It may be recalled that, AIT was ranked the top private university in Ghana in 2018 and 2019 and was also awarded the Best Technology University in Ghana award for the fourth year running by Ghana Tertiary Awards. 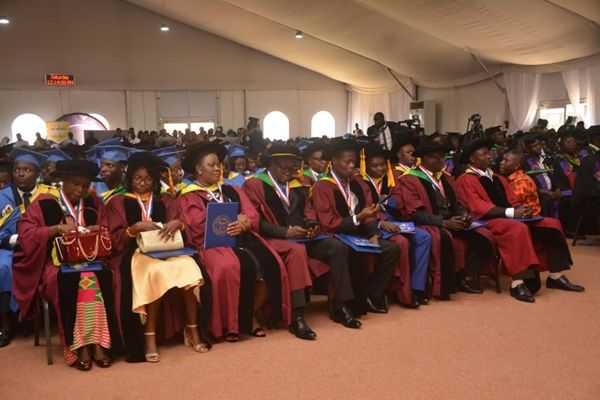