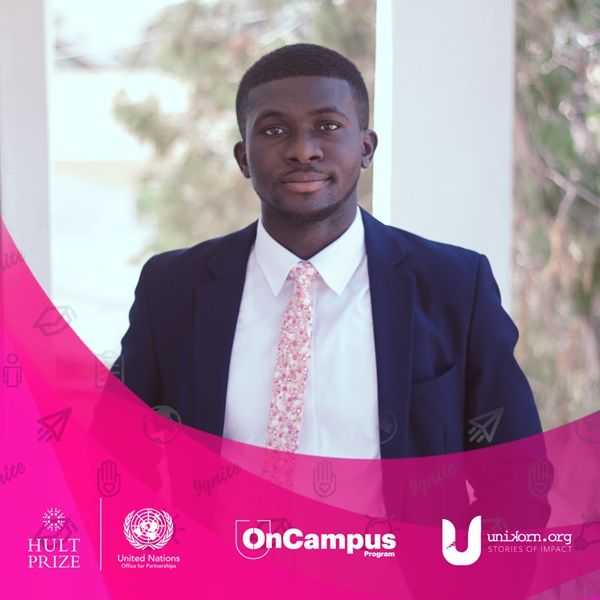 Pentecost University College located at Sowutuom in the Greater Accra Region of Ghana is set to participate in the well renowned global Hult Prize competition for the first time.

The Hult Prize, in partnership with the United Nations, is the world’s biggest engine for the launch of for-good, for-profit startups emerging from university, and welcomes 2,000+ colleges and universities from all over the globe every year.

Named the “Nobel Prize for Students”, and ranked amongst the world’s most innovative companies by Fast Co., and “Top 5 Ideas Challenging the World” by TIME Magazine, Hult Prize has trained over one million youth in impacting entrepreneurship over the past decade, the movement has deployed more than $50M of capital into the sector and mobilized and empowered millions of young people to re-think the future of business as it continues to breed disruptive innovation on college and university campuses across 120 countries.

College students from around the world compete to solve a pressing social issue faced by millions via start-up enterprise and a prize of US$1M is awarded to the winner. Former President Bill Clinton is known to be the face and champion of this global competition with Ahmad Ashkar as the foundation’s CEO.

In the remarks of the Campus Director of the University, Mr. Joseph Kofi Asante on the participation of the University in the competition, he said he believes the University is poised and ready and its involvement for the first time is set to make a difference with the intention of bringing the Noble Prize home to Ghana as Kenyans are the only African Country known to have won this global competition with the team named “Magic Bus”.

Mr. Joseph Kofi Asante further remarked that “together with my organizing team we are ready and in due time we will make known the outline of the Hult Prize competition set to take place on campus.”

“The project is set to kick start in September where Former President of the United States, Bill Clinton will announce the topic that the students need to work on to enter into the competition phase and then have the local winner represent the University and Ghana as a whole.”