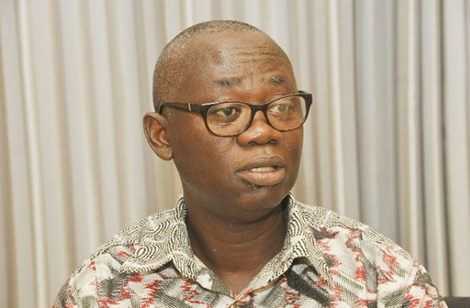 The Ghana Education Service (GES) has stated that the suspension of all levies in schools, including parent/teacher association (PTA) levies, remains in force.

All heads of schools are, therefore, to note that pupils/students should not be levied to fund terminal examinations.

The Director-General of the GES, Prof. Kwasi Opoku-Amankwa, who stated this at a press conference to announce the commencement of the 2019/2020 academic year, said “we will work with district directors, heads of schools and teachers to ensure that terminal examinations are conducted smoothly in all schools”.

He directed that every child, irrespective of his or her financial circumstances, should be able to participate in terminal assessments in all schools.

The Mirror is Now Online Prof. Opoku-Amankwa said the GES acknowledged and appreciated the role played by parents, through PTAs, in the development and growth of schools.

“The GES has put together a committee of experts, including parents, to re-examine the role and responsibilities of parents in the provision of education at the pre-tertiary level,” he explained.

He said he was hopeful that “this will guide our decisions on PTAs, going forward”.

This week, the Ministry of Finance will start the disbursement of GH¢194.5 million earmarked as first semester fees for students in public senior high schools (SHSs) in the country.

The Director-General explained that GH¢14 million for the procurement of perishable food items would be disbursed first to all SHSs during the week.

He said so far GH¢61 million, representing 20 per cent of feeding amount for third-year students, had been released.

This is the first time all students in SHSs will be enjoying the free SHS?policy where students pay no fees whatsoever.

Commenting on the introduction of new school uniforms for JHS students, Prof. Opoku-Amankwa said the GES intended to gradually phase out the existing public JHS uniforms, beginning from the 2019/2020 academic year.

“It must be noted by pupils/students, parents/guardians and the public that the current JHS uniforms are still usable in all schools.

“The new uniforms are being introduced on phase basis and no pupil/student should be denied access to school on the grounds that he or she is not wearing the new uniform,” Prof. Opoku-Amankwa emphasised.