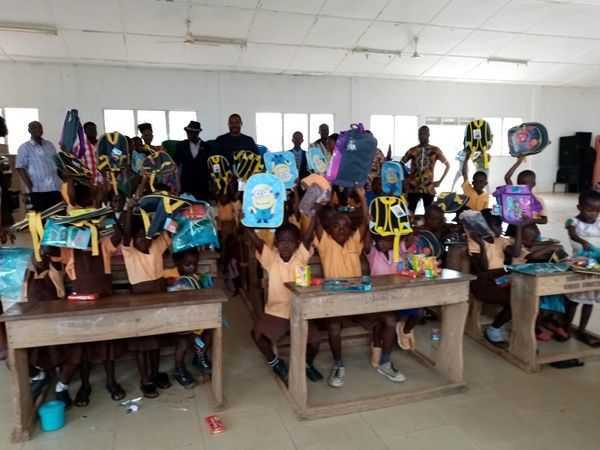 There was a significant increase in pupils’ enrollment in the four (4) basic schools visited by the Municipal Chief Executive for Obuasi Municipal, Honorable Elijah Adansi-Bonah to mark this year's edition of 'My first day at School'.

Instituted on 13th September 2005, 'My first day at School' Festival is to make the day a memorable one for new entrants to school as well as to make communities more involved in school activities.

Honorable Adansi-Bonah urged the pupils to be punctual in school and be disciplined too. He said, "it is only through discipline that you can achieve your career goals and be useful to society".

Speaking to media men after the tour, the Obuasi MCE hailed the 'My first day at School' program describing it as a special day for every pupil. He said such visits have positive impact on the lives of the Children and said the Assembly is contemplating on extending it to include those entering Junior High School in the near future.

He advised parents to make the education of their children a priority and also promised to address the challenges facing schools in the Municipality.

The Obuasi Municipal Director of Education, Madam Regina Teni Mumuni eulogised the Member of Parliament for Obuasi, Honorable Kwaku Kwarteng for putting up a Six (6) Unit classroom at Nhyiaeso. Madam Mumuni said she will immediately post teachers to the school.

She again reiterated her outfit's resolve to address the challenges facing some schools in the Municipality.

Madam Mary Nsor, the Headmistress of the Nhyiaeso M/A KG thanked the President and the Municipal Chief Executive for the kind gesture but appealed to the Government to extend the National School Feeding Program to the school. This she believes would boost enrollment further. 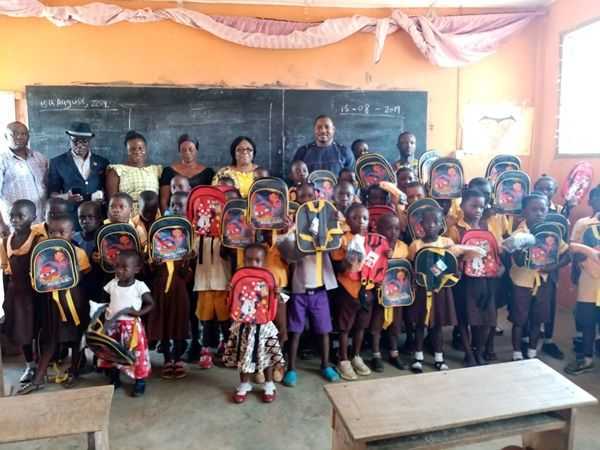