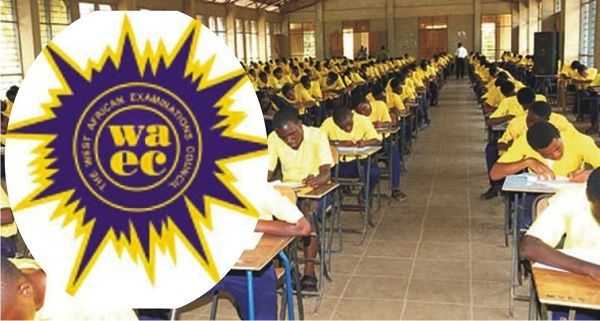 The West African Examinations Council (WAEC) has initiated the process to obtain powers of prosecution to enable it to put people before court for examination malpractice.

The council says it believes that when the Attorney-General approves the process, it will become empowered to expedite the prosecution of offenders and help curb the menace of wrongdoing in examinations.

In an interview with the Daily Graphic, the Head of Legal at WAEC, Rev. Victor Brew, said the process of granting the council authority would hopefully be completed by early next year, following which it would be clothed with the power to begin prosecuting people who engaged in examination malpractice.

"But when we finally get the nod to prosecute, offenders will be processed for court by staff of WAEC. We will have our own prosecutors to do the job for us," Rev. Brew explained.

Currently, WAEC’s role insofar as dealing with examination malpractice is concerned is to apprehend offenders, confirm that the crimes have been committed and hand over the offenders to the police for prosecution.

But there are no special courts that deal with examination malpractice and so the process of prosecution is sometimes lukewarm, a situation WAEC believes is not deterrent enough to curb the practice.

Last October, 50 people were arrested for examination malpractice during the 2019 West African Senior School Certificate Examination (WASSCE) for private candidates. Out of the number, 30 were sent to court and fined, jailed or sentenced to both, depending on the severity of the offences, in accordance with the WAEC Act.

Rev. Brew described the power to prosecute as “a whole technical area”, explaining that WAEC was working on it to ensure that “the council gets lawyers eligible to prosecute our cases”.

He acknowledged the fact that to have the power to prosecute, an institution must have capable lawyers and enough training and also have a well-organised internal and strong investigative wing. He further explained that before a case was sent for prosecution, there was the need for proper investigations to be carried out to ensure that it merited prosecution.

He said WAEC currently handled civil matters, while the police prosecuted on behalf of the council, noting that “the police does good in some cases, but there are times when we have cause for concern”.

Rev. Brew identified impersonation as the leading type of examination malpractice the council was currently grappling with. “And this is where the issue of some supervisors and invigilators aiding and abetting offenders comes up. And all we do now is give confirmation of the case to the police and hand it over to the GES to deal with the offenders.

“Once we report the case to the GES, who is the employer, we believe that the culprits will eventually never return to the examination centres again,” he said.

He revealed that there had been instances when some teachers had registered as candidates to sit for examinations in order to help examinees, adding: “This is how far the malpractice goes.”

He expressed worry over students who cheated their way through examinations and received certificates in the end but were unable to perform, in spite of the status conferred on them by way of the certificates they possessed.

He warned that if examination malpractice was not nipped in the bud, the huge investment the government was making in the educational sector could be compromised, as the sector could be churning out “half baked” graduates who would not be up to the tasks expected of them.