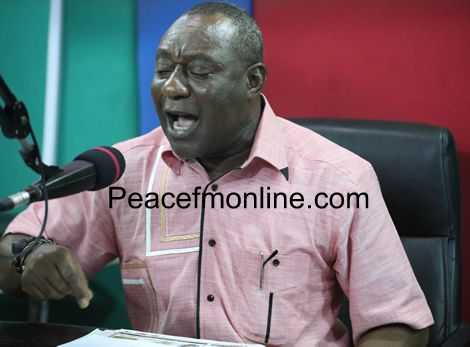 Deputy Chief Executive Officer for the Ghana Integrated Iron and Steel Development Corporation, Henry Kwabena Kokofu, has empathized with Prof. Ransford Gyampo and Dr. Paul Butakor following the decision by Management of the University of Ghana to suspend the duo over the BBC’s ‘sex for grades’ documentary investigations,

Mr Kokofu believes the Disciplinary Committee's ruling "is too harsh".

Speaking on UTV’s ‘Adekye Nsroma’ show, Mr Kokofu, who is also a former NPP MP for Bantama, said if the committee's final decision was reached based on the contents of viral video already out in the public domain, then the suspension is too severe.

“I sympathize with them because it can happen to anybody, but the suspension does not warrant the videos we have watched and heard concerning the matter, unless there are other videos used for investigative purposes that we don’t know about....”

“ . . a tertiary student is no more a child but an adult who is conscious of what he/she does,” he pointed out.

The former MP for Bantama advised that every public figure should be mindful of every action exhibited both in public and private.

“This incident should serve as a warning to every public figure to be mindful of their actions at every point in time,” he added.