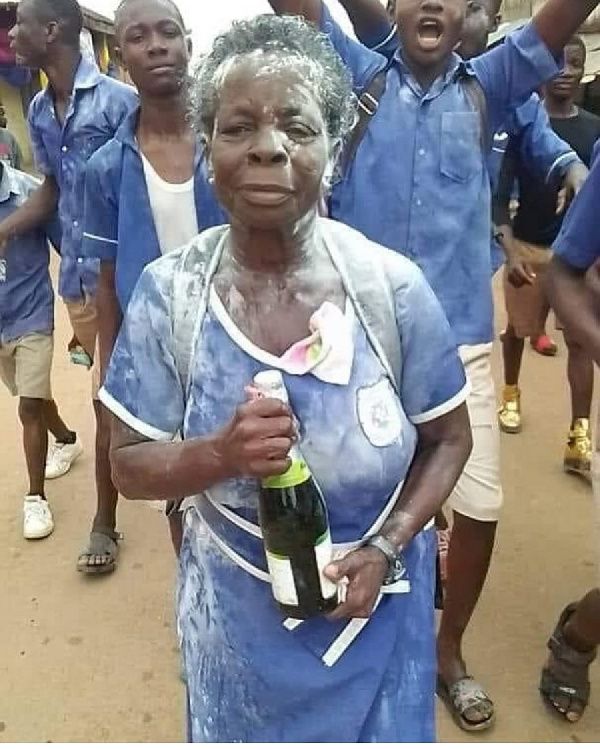 The Swedru Teachers’ Co-operative Credit Union (STCCU) has made a cash donation of GH₵1,000 to the 57-year-old woman who took part in the just ended Basic Education Certificate Examination (BECE).

Madam Yamoah, a member of the STCCU, has also been appointed Ambassador for the union’s Youth Savings Account to embark upon on sensitisation to inculcate the habit of saving among students from the primary to the senior high school level.

At a short presentation after the exams last Friday, the acting Manager at the Breman Asikuma branch of the STCCU, Mr Shad Nii Kotey Djanie, said the gesture was to motivate Madam Yamoah who, despite her age defied all odds to complete junior high school (JHS).

According to him, although she was vilified by some members of her immediate society for opting to go back to school instead of being at home to take care of her children and grandchildren, hence the union’s decision to support her for achieving such a feet.

He noted that the objective behind the assistance was to enable her to engage in a profitable venture to improve her living standard while awaiting the release of her results and Senior High School placement.

‘This is a start-up capital to enable you to engage in petty trading while at home which would go a long way to better your life before going back to school to acquire SHS education” he indicated.

He noted that the union would officially unveil her as the ambassador for the Youth Savings Account next month during the celebration of the union’s golden jubilee anniversary in Agona Swedru.

Mr Djanie admonished the youth to take their education seriously and remain focused so as to achieve their individual aspirations to contribute to the growth of their families and the nation as well.

“I wish to urge the youth to take great inspiration from Madam Yamoah and realise that with great determination and perseverance, one would always be able to achieve his or long cherished dreams” he pointed out.

He advised the youth to avoid acts that had the tendency to truncate their academic pursuit in order to become useful in the society, stressing “I wish to admonish the youth to overcome all distractions in order to achieve their aspirations in life”.

For her part, a highly elated Madam Yamoah, expressed gratitude to the STCCU for the kind gesture as well as her ambassadorial role and pledged to discharge the role to achieve the intended objective.

She said but for the untimely death of her father, which compelled her drop-out of school in class four, she would have aggressively pursued her childhood ambition of becoming a professional nurse.

He added that even if she is unable to acquire tertiary education, she would be able to speak fluent English after completing SHS which would enable her to contest in the district level election to become assembly member for her electoral area in the Asikuma Odoben Brakwa District.