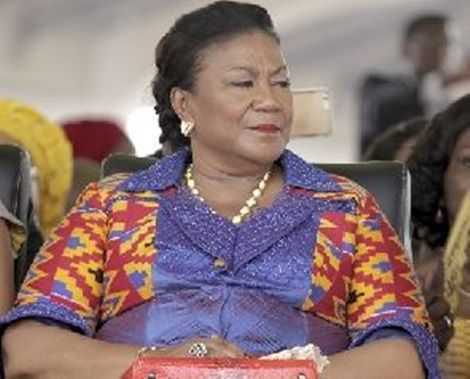 First Lady Mrs Rebecca Akufo-Addo, has reaffirmed Ghana’s commitment to end the AIDS epidemic in the country by the year 2030.

She was speaking at a high-level meeting of the Organisation of African First Ladies Against Aids/HIV (OAFLA) in New York on the sidelines of the 72nd UN General Assembly.

The First Lady noted that Ghana as a country was currently implementing the “Treat All and Task Sharing Policy” targeted at ending AIDS by 2030.”

The theme for the meeting is: “Global Partnership towards harnessing the demographic dividend in Africa”.

Mrs Akufo-Addo said that the “Treat all and Task Sharing Policy” emphasizes strengthening of our health systems as well as creating synergies and partnerships among government institutions, development partners, private sector, civil society organizations and faith-based organizations to deal with HIV/AIDS.

She emphasized that “we can only achieve a healthy population if we strengthen our health systems” and that “strengthening the health systems will have a ripple effect on the HIV response”.

She also stated that the implementation of the policy “had a direct correlation with the achievement of the demographic dividend, and therefore called on African countries to work together to find synergies that would help harness the potential of its youthful populations in order to reap the dividend from them.

The First Lady noted that “the development and advancement of this youthful population remains Africa’s hope for the future”, noting that the recent enormous demographic changes on the African continent was due to improved infant and child survival rates coupled with high birth rates that had also resulted in most African countries having a youthful population.

“Therefore it has become pertinent to focus attention on the youth especially adolescent girls if we want to advance the pace of development on the African continent,” she said.

Mr Michel Sidibe, Executive Director of UNAIDS, in his remarks, emphasized the need for African countries to invest in the education of its youth especially girls and leverage on its social capital to address challenges such as child marriage, school drop-out, HIV among the youth in order for them to achieve their full potential.