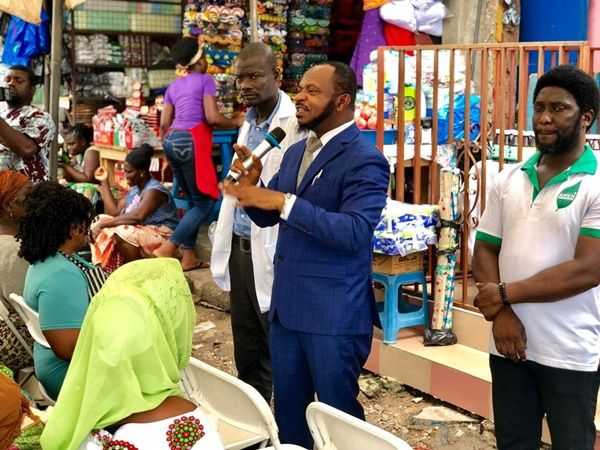 As part of activities marking the ‘World Diabetes Day 2019”, Amen Scientific Herbal and Alternative Medical Hospital led by its Chief Executive Officer, Sheikh Dr. Amin Bonsu is adding its voice to the awareness campaign on Diabetes under the theme announced by the International Diabetes Federation ‘Family and Diabetes’, highlighting the need for families to take keen interest in the condition.

According to the Ghana Diabetes Association, There were 518,400 cases of diabetes in Ghana in 2017 alone. These figures have increased over the years. Diabetes occurs when blood glucose or blood sugar is too high. The pancreas also produces a hormone called insulin which helps glucose from food get into the cells to be used as energy.

Due to changes in the lifestyle of Ghanaians, Diabetes is increasingly becoming a major cause of disability and death among most Ghanaians both the young and old, with high numbers of diabetes-related cases being reported at health facilities across the country.

Hence it is time to raise awareness of the impact of diabetes on families and the Ghanaian society at large and the support network for those affected. These calls for families to know the signs of diabetes in their children or other family members to enable them quickly get medical assistance. Some of the signs include:

The focus of this year’s campaign is on families, prevention, early detection and aims to educate members of the general public on the effects of Diabetes, causes and treatment options available in Ghana’s health Institutions.

Generally, unhealthy life patterns among Ghanaians pose a greater risk. These include lack of exercising, high sugar intake, unhealthy eating habits among others.

In conclusion, we are urging families to take a keen interest in this condition and report early warning signs to health facilities whiles encouraging prevention among family members.