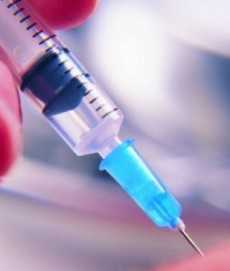 Mr. Daniel. T. Agudey, the Western Regional Health Promotion Officer, who briefed the media in Takoradi said the campaign would start from 19 February to 25 February 2020, in all the 260 districts in the country.

Mr. Agudey said the campaign was to ensure that children were better protected from all forms of polio viruses and also to increase immunity of children around that age group.

Mr. Nicholas Adomako Asare, the Regional Coordinator for expanded programme on immunization said, in the last one and half years, Ghana alongside neigbouring countries have had challenges with polio virus type two outbreaks.

Adding that "if the population is fully immunized, the country will be protected from the circulated polio viruses".

Mr. Asare explained that the polio outbreak update in Ghana in July and August last year confirmed three events of circulating polio virus type two which were from the environmental surveillance samples in Tamale and Agbogboloshie in the Greater Accra region.
He said measures have been put in place to support the affected areas, saying that the public health emergency management structures at the National, Regional and District levels have been activated and were still on emergency mode.

He mentioned Savelugu, Central Gonja, Tamale, Gyaman North, Nkwanta North, Krache and Techiman among the affected areas and that there were a total of twelve confirmed polio cases in the country from July 2019 till date.

Mr Asare said there are currently over two million children in the country who did not have protection against the polio virus type two, explaining that the primary role of the IPV immunization was to boost population immunity against the type two polio virus.

He said over two million children across the country will undergo the process ,while the target for the Western and Western North Regions stands at 241, 037 .

Mr. Asare urged the media to educate the general public on the benefits of the vaccine and also create the needed awareness for other key stakeholders to participate in the campaign.