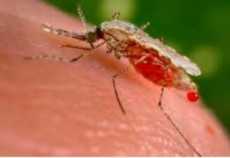 The Programme Manager of the National Malaria Control Programme (NMCP), Dr Keziah Malm, has stated that despite the emergence of COVID-19 and the attendant risks, malaria control efforts in the country have not been greatly hampered.

She said the programme had to adapt to ensure that people did not needlessly die from malaria.

She, however, noted that the country was still in the early stages of the fight against COVID-19, and stressed that there was the need “to continue to make sure we don’t lose focus on other diseases, including malaria, which still caused the highest morbidity.

“As we wash our hands, wear nose masks and practice social distance, we also have to remember to sleep under insecticide treated nets, and pregnant women take Sulphadoxine-Pyrimethamine (SP) so that we do not lose the gains made in the fight against malaria,” she added.

Dr Malm said these when she made a presentation at a webinar organised by the NMCP in collaboration with African Media and Malaria Research Network (AMMREN).

She said there had been a decrease in malaria cases at health facilities although testing for malaria had not reduced.

Dr Malm said reporting of malaria cases at health facilities had been better than previous years, adding that reporting for the second quarter of this year was 98 per cent as compared to 96 per cent for last year for the same period.

Malaria-related hospital admissions have also decreased for 2020, but Dr Malm wondered if the “decrease was real or a result of fear of people visiting health facilities because of COVID-19”.

She said deaths due to malaria were also declining, while distribution of insecticide treated nets (ITN) at antenatal care clinics had also not been affected much.

However, she noted that there was a slight dip in the number of pregnant women receiving Intermittent Preventive Treatment in pregnancy (IPTp).

She said the fear of COVID-19 had kept people from the health facilities for possible malaria treatment, while malaria information had been drowned and some malaria interventions were initially suspended.

“ITN distribution in schools is still suspended, and this has the potential of affecting malaria morbidity and mortality,” she said.

Dr Malm said malaria in the midst of COVID-19 had been a blessing because despite the initial fear and suspension of some interventions, the programme later adopted a contingency plan to ensure that people did not die of malaria.

She said there were now more resources in the health sector to take care of infectious diseases which malaria may benefit from in the future.

Dr Malm said the programme would continue to put in strategies to ensure continuity of service despite the constraint it faced as a result of the COVID-19 pandemic.

“As we educate people on COVID-19 and demystify COVID-19, we also need to let people know that malaria kills, and we need to continue with all the preventive measures so we are not affected,” she said.

The Director General of the Ghana Health Service, Dr Patrick Kuma Aboagye, said although the COVID-19 pandemic had received a lot of attention, efforts had to be made to maintain the fight against malaria because it still killed many more people.

“We need to fight on all fronts because nobody has to die from any disease,” he said.