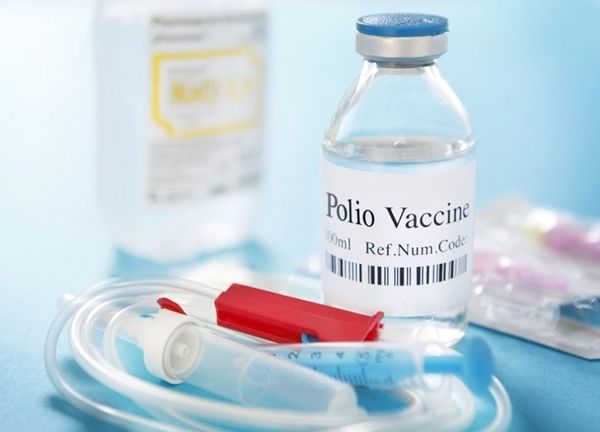 The Director-General of the Ghana Health Service (GHS), Dr Patrick Kuma-Aboagye, has given an assurance that this year’s polio vaccination will be intensified in urban-poor communities to ensure that no child was left out in the exercise.

He indicated that according to data collected by the service, the number of children who got access to polio vaccination in slum communities in the urban areas of the country, particularly, in Accra was quite low.

As a result, he said such places had become fertile grounds for the disease, and that affected many children.

Dr Kuma-Aboagye made this known to the media yesterday when he led a team of officials from the GHS to tour some deprived communities at Osu and Adabraka to assess the progress of the exercise.

“The number of children who get access to the polio vaccines are very few as compared to the rural areas. This is because there are many children who are virtually unseen and these are children in our markets and in slum areas,” he observed.

As part of the tour, the team educated the residents of the various communities on the importance of the vaccine, personal hygiene and how to avoid contracting other diseases, particularly COVID-19.

Dr Kuma-Aboagye said given the data, it was important to improve access for every child who fell within the age group to be vaccinated for the exercise to achieve its objective.

“It is important for the exercise to be impactful and achieve its objective, so we are making sure that vulnerable children are also reached and given the necessary vitamin A and the polio vaccination to prevent the spread of polio and also boost their immunity against any other infections,” the D-G of the GHS emphasised.

He also indicated that sanitation in most of such areas was very poor and as a result, the disease had become rampant among children living in such places.

“Polio disease thrives at places where proper sanitation is ignored and most of these slums have such characteristics, that is why we are also here to give them some education to ensure that the necessary sanitation practices are put in place, not just for polio alone but also for the prevention of COVID-19,” he stated.

The Greater Accra Regional Director of Health, Dr Charity Sarpong, also disclosed that the service had made progress in this year’s exercise by reaching more children as compared to previous years.

That, she said, was a clear indication that the country would reach an extra mile with regard to the elimination of polio this year.
Dr Sarpong, therefore, urged parents to allow their children under five years to take part in the exercise to prevent them from contracting the disease and also help stop its spread.

The polio vaccination exercise started on September 10 this year and its target is to reach over four million children in eight regions.

Aside from the polio vaccine, children between the ages of six months and 59 months old are also provided with Vitamin ‘A’ supplement to, among others, boost their immune system.