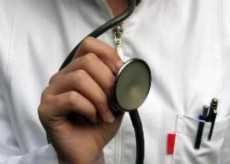 A neurologist with the Korle Bu Teaching Hospital (KBTH), Dr Patrick Adjei, has called on the government to add the management of multiple sclerosis (MS), a disease that affects the immune system and the protective covering of the nerves, to the category of conditions covered by the National Health Insurance Scheme (NHIS).

He said the diagnosis and management of MS was "outrageously expensive" and could barely be afforded by patients, causing them to relapse eventually.

He said covering the cost of treatment under the NHIS would subsidise the cost for patients.

"The Magnetic Resonance Imaging (MRI) machine is very expensive. The MRI cost is divided into segments — the brain has a cost, the neck has a cost and thoracic spine has a cost. So all of these together make it expensive to investigate, diagnose and treat. For most people, once you mention the price of the MRI test to them, they go and never return.

"Health care is very expensive and so to help cut down cost, I think the best way for everybody is to have it on the NHIS so that it becomes covered for all patients," he said.

Dr Adjei made the call during a panel discussion at a forum on MS in Accra last Thursday.

Other members of the panel included a multiple sclerosis patient and Dr Billy Quaye of the KBTH.

According to the National Health Service (NHS), United Kingdom, MS, which causes problems with vision, fatigue, difficulty in walking, problems controlling the bladder, among others, is the number one cause of disability in younger adults.

The condition is most commonly diagnosed in people in their 20s and 30s, although it can develop at any age, and is about three times more common in women than in men.

Average life expectancy for patients is said to be slightly reduced.

In the case of Ghana, Dr Adjei stated that the situation was constantly becoming worse and a lot more people were being diagnosed with the condition than before.

“Most neurological patients are being diagnosed with MS, and so it's becoming increasingly common than we believed. It is not avoidable; it is not a condition you can avoid, but we cannot predict those who will get it — everybody is at equal risk,” he stressed.

He further cautioned Ghanaians against assigning spiritual causes to the condition, urging them to rather seek medical attention as early as possible.

Contributing to the discussion, a urologist with the Komfo Anokye Teaching Hospital (KATH), Dr Isaac Antwi, bemoaned the difficulty involved in diagnosing MS due to its multifaceted nature.

That, he said, made it difficult to manage the condition early.

Dr Antwi further observed that many Ghanaians were ignorant about the existence of MS “and so we need to start a massive campaign to create awareness of it”.