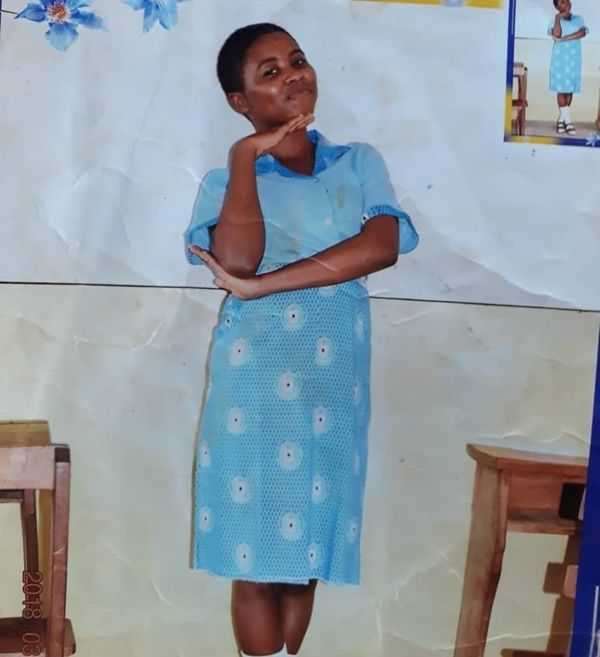 A Farmer and resident of Ejisu Abenease in the Ashanti Region, Mr Isaac Osei Mensah is appealing to Ghanaians and the Abuakwa Police Command to speed-up investigations into uncovering the mystery of the whereabout of his missing 17-year-old daughter, Ms Daniela Osei Mensah, a form 1 Home Economic student of Jachie Pramso Senior High School.

Speaking at a press conference in Accra, Mr Mensah said the last time the family saw Ms Daniela was on May 7, 2018, when she came to Kumasi to buy some items for school.

According to him she requested for GH¢400 to buy some items for practicals as a Home Economic student so, “I sent the money to her mother which she want to collect and told the mother that she was going to Kumasi to purchase those items back to school.”

“ . . . we thought she had gone back to school, it was after a week that the Housemistress of the school called that Ms Daniela was not in the school for the past one week so we were surprise, and on May 18, 2018 we made an official complain to the Abuakwa Police,” Mr Mensah stated.

He said the police told us they will do their investigations but, “we as a family thought the girl had gone to see a friend . . .  and that she will come but till date no one has heard of her.”

Speaking with tears, Mr Mensah said, “for now what we are saying is that, we are calling on the Ghanaian media to send this message across so that they can help us find our daughter. Since May 7, 2018, no one has heard of Daniela again till date.”

“When the incident happened, we went to the school to meet the management thinking that some of her friends could know her where about, but that one too, to no avail."

“We believe in the Ghana Police Service and we know that they will help us find our daughter, and we are appealing to Ghanaians and the general public that if anyone has heard of Daniela, he/she should alert the police or report to the nearest police station," he said.