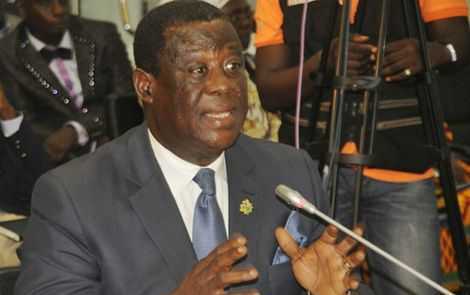 The government has secured an initial funding of 68 million Euros from the ICBC Standard Bank of the United Kingdom to enable work on the Bolgatanga-Bawku-Pulmakom road in the Upper East Region to resume.

A second tranche of 60 million Euros will be made available as work progresses and will bring the project’s total funding to 128 million Euros.

The Minister of Roads and Highways, Mr Kwasi Amoako-Atta, made this known at a durbar of the chiefs and people of Binaba in the Bawku West District held in honour of the President, Nana Addo Dankwa Akufo-Addo.

Mr Amoako-Atta gave an assurance that the project would be completed before the end of next year.

“This road project will not be halted again until it is completed he said.”

According to the minister, initial processes to procure logistics for the road project went wrong which was why it was halted.

The 103 -kilometre road was begun in the latter part of 2016 and was expected to be completed within two-and-half years.

Preliminary contract sum for the road project was pegged at GH¢ 613 million and two contractors Mawums Construction Limited, a Ghanaian company, and Queiro Galvao from Brazil contractors were working on the road.

However, the contractors withdrew equipment from the project site for about a year due to non-payment of arrears.

President Akufo-Addo reiterated the government's resolve to complete the road before the 2020 elections and stated that “the deceptions of the past will no longer be a part of our future.”

He described 2020, which is an election year, as a year of accountability and called on the people to support the government.

He assured the people that their demands would be looked into including their call for a district to be created in the area.

He said the government would start the process for a new district to be created once the Electoral Commission saw the need for one.

Touching on security, the President said the government would recruit 4,500 more police personnel this year as part of plans to tackle issues of security in the country effectively.

He expressed the hope that when that was done, the Bawku West District with its many security issues would become peaceful.