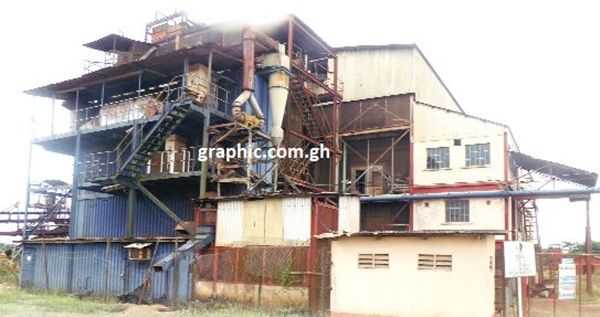 The government has abrogated the contract awarded to Great Consolidated Diamonds Ghana Limited (GCDGL) in 2011 to mine diamonds at Akwatia for breach of contract.

The company failed to fulfil its core mandate of paying $17 million to the Divestiture Implementation Committee (DIC), as well as rehabilitating and refurbishing facilities at the mines to enhance production.

A nine-member interim management committee (IMC) has been formed, with Mr Samuel Bonsu Attakorah, a former employee of the erstwhile Ghana Consolidated Diamonds (GCD), as the acting Managing Director, to oversee the operations of the mines, while the government looks for a competent investor to take over the operations.

The Director-General of the State Interest and Governance Authority (SIGA), Mr Stephen Asamoah-Boateng, made this known at an emergency meeting with the IMC, the management of the GCDGL and some members of the community at Akwatia yesterday after touring the company.

The GCDGL, which is a subsidiary of the Jospong Group of Companies, took over the operations of the GCD in August 2011 and promised to invest $100 million over a five-year period and also produce one million carats of diamonds every year within the period.

But the community had complained about the inability of the company to fulfil the promises, which had affected the economy of the area.

The New Patriotic Party Member of Parliament (MP) for Akwatia, Ms Mercy Adu-Gyamfi, had, for some time now, led a wave of appeals for the government to withdraw the GCDGL’s licence for failing to honour its contractual obligations to revive the operations of the former GCD.

Mr Asamoah-Boateng stressed that the government was determined to ensure that it got value for all enterprises and would not sit aloof for important national resources to go waste.

“Akwatia, like other mining towns in the country, has a lot of potential which has to be exploited for the benefit of the people and Ghana in general,” he emphasised.

He charged the IMC members, comprising lawyers, engineers, geologists, surveyors and mining experts, to work hard for the mines to be attractive to very important and experienced investors.

He also urged them to study the contract agreements of the community members and address their concerns, so that they were not deprived of their livelihoods, while ensuring that they too did not cheat the government.

During an open forum, Mr Asamoah-Boateng said his outfit would study the complaints of the teachers of the GCDGL Basic School who had not been paid for over five months, as well as those of residents of the area, who had not enjoyed electricity for over two years, and find a lasting solution to their concerns.

Mr Asamoah-Boateng and his entourage later paid a courtesy call on the Akwatiahene, Osabarima Kofi Boateng III, and his sub-chiefs, who expressed joy at the steps taken to reactivate the mines to create jobs for the teeming youth of the area.

They, however, appealed to the SIGA to ensure that most of the workers to be recruited by the new company were from Akwatia and its environs.