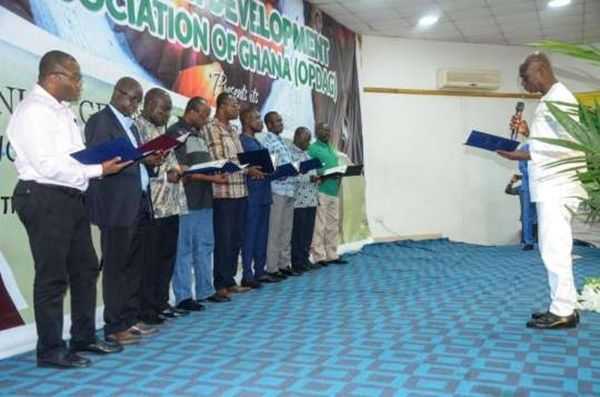 The Oil Palm Development Association of Ghana (OPDAG), a non-Governmental Association, has elected new national executives to steer its affairs.

Mr Avaala, who was re-elected, commended the delegates and the entire membership for the confidence reposed in him to lead again.

He said the Association would intensify its advocacy role to have a policy framework that would regulate the sector.

The elections formed part of the Maiden Annual General Meeting and National Oil Palm Stakeholders Forum, on the theme: “Oil Palm; Agenda for Growth and Jobs.”

The two-day event brought together oil palm value-chain actors under one roof to deliberate on the challenges facing the sector and finding sustainable solutions to them.

He said the concept came about from realising that countries where tree crops had become a significant contributor to the economy had some institutional structures in place.


“In Ivory Coast, for instance, they have a structure that is in charge of oil palm tree crop, they have one for coffee and cocoa,” he added.

Mr  Avaala said Ghana had that sort of structure for Cocoa and that explained why the commodity had remained resilient all these years.

“We probably should have had it many years ago for cotton, rubber and all the tree crops.”

The Tree Crops Development Authority, when established, will regulate the production, pricing and marketing of tree crops, including rubber, oil palm, cashew and shea nuts in the country.

The development of the tree crops value chain formed part of the Government’s Planting for Export and Rural Development programme, aimed at diversifying Ghana’s agriculture production sector and increasing its foreign exchange earnings.

He said the Authority would have two main functions; developmental and regulatory functions to deal with research and development, value addition and access to financing on one hand, and regulating to ensure that the locals were not short-changed but protected.

“So the regulatory aspect will take care of the import and export of the tree crop sector,” he added.