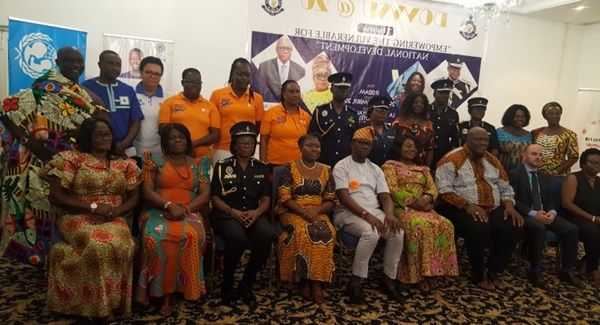 The facility which is being financed by government with support from external stakeholders will comprise of a police station, a clinic, shelter, juvenile cell, a social worker, counselor, a cafeteria, among others.

The facility when completed will offer services to victims of abuse to reduce the stress victims go through.

The Minister of Interior, Ambrose Dery made this known in a speech read on his behalf by the Deputy Interior Minister, Henry Quartey in Accra.

He said the facility when complete would also create an enabling environment for complaints on domestic violence and other forms of abuses to be reported in order to mitigate the frustrations victims endured when accessing support from different service providers at different locations.

He revealed this at the closing programme of DOVVSU at 20 celebrations at the La Palm Royal Beach Hotel in Accra.

Mr Quartey continued that government would continue to support the Ghana Police Service with the requisite tools and resources to enable DOVVSU live up to its expected mandate.

Adding, he revealed that plans were afoot to elevate DOVVSU to a directorate level where it would be headed by a POMAB member so that issues in connection with the directorate could be prioritized at management level.

“The uncompleted DOVVSU headquarters building, located within the National Police Headquarters which has for a long time been left without any facelift, is currently under construction and will soon be completed and handed over to DOVVSU for optimal operational and administrative use.”

The minister pledged government’s continued efforts to build the capacity of personnel to keep pace with emerging trends in criminal investigations within our Criminal Justice and Administration System.

The Inspector General of Police (IGP), James Oppong-Boanuh, whose speech was read of his behalf by the Director General In Charge of Police Intelligence And Professional Standards Bureau, Commissioner of Police (COP) Beatrice Vib Zakpa Sanziri, said DOVVSU’s establishment and its transition has brought a lot of relieve to victims of domestic violence.

Adding, she revealed that the police administration was working hard to ensure that the unit functioned effectively in its service delivery to the expectation of the public.

Citations were presented to organizations and individuals for the immerse role they played in the establishment of DOVVSU.