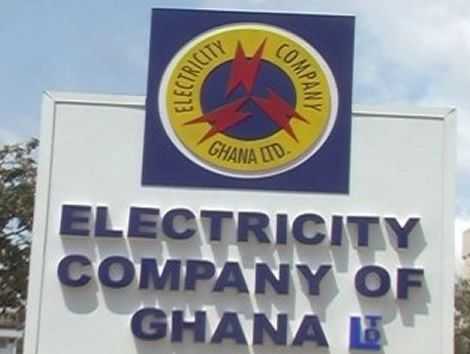 The Electricity Company of Ghana (ECG) is to vigorously embark on a nationwide exercise to clamp down on illegal connections in a major move to tackle revenue loss through power theft.

The exercise, which takes immediate effect, will see a multi-stakeholder task force that includes officials of the ECG and the security agencies carry out joint night swoops, mystery shopping and unannounced visitations to homes, businesses and public places to monitor and bring perpetrators of illegal connections to book.

The General Manager of the Revenue Protection Division of the ECG, Mr Michael Twum-Barima Boadu, who made this known at a media briefing, said that would reduce revenue losses through power theft from the current 24.6 per cent to 20 per cent, a move that would save the country $85 million (GH₵482.8 million).

Mr Boadu indicated that the ECG was seeking to retrieve 299 gigawatt hours (GWh) of electricity losses that occurred through power theft by the end of this year.

He explained that power theft accounted for 24.6 per cent of the revenue at the company, with each percentage loss valued at $17 million (GH₵96.6 million).

He stressed that the focus was to reduce power losses though illegal connections from the current 24.6 per cent to 20 per cent by the end of the year.

“This is a very daunting task we want to undertake, but I would want the public to know that we will seriously fight the canker called power theft, so that the ECG will be able to break even.

“We want to let members of the public know that we have our task force in place and we have solicited the support of the security agencies to undertake unannounced visits to hotels, pubs, nightclubs and everywhere that power is consumed to crush all power thieves,” he stressed.

He warned that the axe of the ECG would fall heavily on customers, contractors and staff of the company who were complicit in the menace of stealing power.

He called on members of the public and stakeholders to support the ECG to clamp down on illegal connection to electricity.

Mr Boadu also disclosed that the ECG had saved GH₵167.5 million from 177.26 GWh of electricity it recovered through the monitoring of power theft over the past five years.

Mr Boadu said staggering revelations from a special task force that was deployed to targeted facilities in some parts of the country during the Christmas festivities showed that the extent of illegal connection to power was dire and needed a holistic crackdown on the perpetrators.

For instance, he said, 1,079,632 KWh of power was recovered from the Accra East, Accra West, Tema, Eastern, Ashanti, Western and Central regions of the ECG.

He also indicated that out of the estimated GH₵1.5 million surcharges from the operation within the festive season, only GH₵152,214 had been paid.

He said although significant gains had been made in the previous recovery exercises, it was evident that more needed to be done to curb power theft and reduce revenue leakages to the company.

Mr Boadu gave an assurance that members of the public who volunteered information leading to the clampdown of power thieves would be rewarded with six per cent of the total amount that the company recovered through their support.