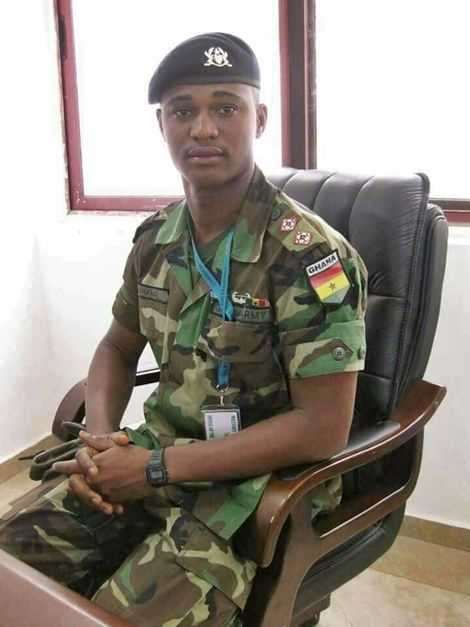 A video recording of how Major Maxwell Adam Mahama was killed at Denkyira Obuasi in the Central Region has been admitted as evidence in the trial of the 14 people accused of killing the military officer.

The prosecution sought to tender the flash drive containing the video as evidence at the Accra High Court on February 5, 2020, but defence lawyers raised an objection.

The investigator of the case, Chief Inspector Samuel Agyakwa, in his evidence-in-chief during the last hearing of the case on February 5, 2020, told the Accra High Court that two of the 14 alleged killers had shot the military officer, while the others had beaten and hit him with cement blocks, sticks and metal rods.

When asked by the prosecutor, Mrs Evelyn Keelson, a Chief State Attorney, during the last hearing on February 5, how he arrived at that conclusion, the police officer said he had watched the videos which showed how Major Mahama was killed and interviewed witnesses and suspects.

Chief Inspector Agyakwa was the 14th and last witness presented to the court by the prosecution to prove its case.

Continuing with his testimony, Chief Inspector Agyakwa, said all the accused persons, with the exception of William Baah, John Bosie, Bismarck Abanga, Kwadwo Anima and Bismark Donkor, were captured in the videos which showed the killing of the military officer.

He added that he copied the videos onto a flash drive after watching them.

A defence counsel, Mr Theophilus Donkor, argued that the videos must be watched in court to enable the defence team to know its content to aid further objection.

Another defence lawyer, Mr George Bernard Shaw, was of the view that the witness was not the author of the original videos and that the videos were got from social media platforms.

Counsel was of the opinion that the defence would be deprived of the opportunity to question the person who actually took the videos if the witness was allowed to tender it.

He further argued that in this digital age and era of fake news, the videos could have been doctored to suit the prosecution’s case.

But delivering a ruling on the video matter yesterday , Justice Mariama Owusu, a Justice of the Supreme Court sitting as an additional High Court judge, said it was better for the video to be admitted as evidence first before it could be shown in the open court.

The presiding judge held that if the video was first played in the open court before it was admitted as evidence, it would prejudice the court process as the jury would form opinions and even if the court rejected the video later, such opinions could not be erased on the minds of the people.

"I have not watched it and I am not going to watch," Justice Mariama Owusu said, pointing out that she had even admonished the jury to refrain from listening to all discussions on the case in the media, particularly radio and television.

She said one of the jury members was indisposed and that with the given time-frame of the adjournment, the indisposed jury member would have recovered.

He was said to have been lynched during a morning walk that led him to Denkyira Obuasi.

A video recording of how he was supposedly lynched went viral on various social media platforms.

Fourteen persons, including William Baah, a former Assembly Member of Denkyira Obuasi, are standing trial in connection with the death of the military officer.

They have all pleaded not guilty to charges ranging from murder, abetment to murder and conspiracy to commit murder.