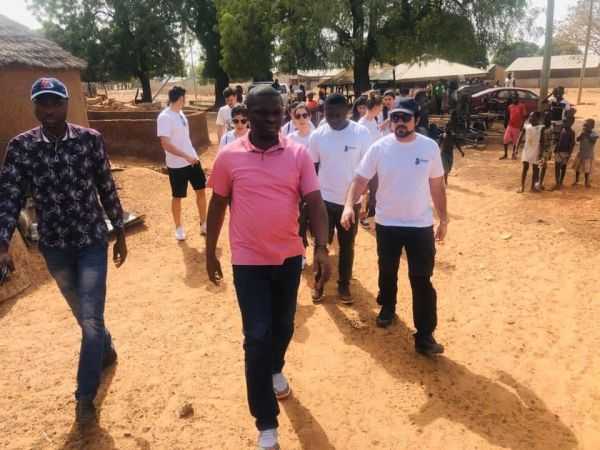 The Executive Director of the National Service Scheme and Parliamentary Candidate of the New Patriotic Party In Yagaba Kubori Constituency, Mustapha Ussif organized a health screening, with Places GH Foundation, at the Constituency.

The screening which took place on Wednesday, 19th February, was organised Yizeisi a suburb in the Mamprugu Moagduri District witnessed a tremendous turnout.

The oversubscribed screening covered constituents of all ages and genders. The Places GH team were supported by local nurses and Doctors.

Richard Gyamfi, leader and founder of Places Ghana Foundation and the Deputy Manager of Surgical Emergency Unit, John Radcliffe Oxford in the UK said, the team is very impressed with the cooperation and the massive turnout they witnessed.

He admonished them to prioritize their health and engage in regular check ups to ensure they have a healthy life. He assured them of coming back with his team for another mega health screening.

The 12 member health team consisted of Physician Assistants, Nurses, Doctors, a Physiotherapist and Volunteers from the United Kingdom.

Hon. Ussif who is seeking a comeback to parliament said, “health of my constituents has always been a priority to me. That was why as an MP, I registered over 5000 people on the National Health Insurance Scheme, Provided them with 1st ever Ambulance in the constituency and also supported several Chps Compounds. I will be embarking on more of such projects.”

The community members could not hide their excitement seeing young guys and ladies handling their health issues.

Over 2000 people were successful screened and administered drugs for a various illness which included Malaria, Typhoid, Hypothesis B, Skin Diseases, BP, among others.