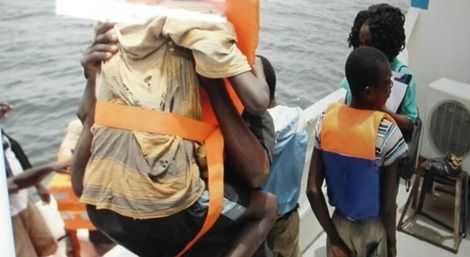 Police in Ho have rescued 14 children trafficked from Tatale in the Northern Region to Adjena, near Akosombo in the Eastern Region, to work on vegetable farms.

The children, eleven boys and three girls, aged 10 to 16, were rescued in transit at Juapong in the Volta Region on February 07.

A press release from the Regional Police Command said the traffickers; Owusu Dever, 42, and Ndonda Nakoja, 74, were standing trial in a Ho Circuit Court.

The release said investigations showed that parents of the children would receive GH¢2,000.00 on each child, a year, for working on the farm.

It said the victims were being held temporarily by the police whiles arrangements were made to reintegrate them with their families.

The release cautioned the public against such activities and that culprits would be dealt with according to Ghana’s laws.