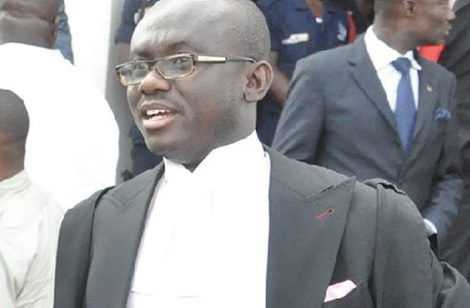 A Deputy Attorney General, Mr Godfred Yeboah Dame, has observed that a key factor in promoting economic prosperity was the existence of a robust legal system that ensured that there was rule of law.

He said a justice system that guaranteed all aspects of rule of law produced a business operating environment characterised by transparency, certainty and fairness.

Mr Dame said this at the opening ceremony of a training programme for some selected lawyers in Accra last Monday. He said any country that was keen on attracting investments must have a trusted legal system since there was bound to be issues in business that would need to be resolved through legal means.

“The need to strengthen commercial law and justice must sit right at the top of our development agenda in Africa. This is because the ever-evolving business climate in which we find ourselves and the increasing introduction of alternative dispute resolution clauses into commercial agreements only has one result, which is that, there must be avenues to settle disputes by arbitration,” he said.

The training programme will run for the next two weeks and is aimed at promoting the rule of law and to help the lawyers gain further insight into the African Continental Free Trade Agreement (AfCFTA).

It is a collaboration between the Ghana Bar Association (GBA) and the German Technical Corporation (GIZ).

Mr Dame said internationally, the existence of a viable, reliable and expeditious system of settling disputes was not only considered as a yardstick for attracting business into a country, but was also a ‘sine qua non’ for private sector development and foreign investment.

The Deputy Attorney General said Ghana had subsequently demonstrated its firm commitment to the creation of a healthy arbitration culture and environment by passing the Alternative Dispute Resolution Act 2010, Act 798 (referred to as the ADR Act).

He said the ADR Act was enacted to provide for disputes to be settled by arbitration, mediation and customary practice and that the New York Convention was incorporated into the ADR Act and was attached as the first schedule thereto.

He said the state was obligated to set up an arbitration centre that would be responsible to, among others, provide avenues for disputes to be settled through arbitration, mediation and other voluntary dispute resolution procedures.

Mr Dame said it was sad that since almost a decade following the enactment of the ADR Act, the provision for resolving commercial disputes had been unfulfilled, saying: “The failure to satisfy this mandatory provision in the ADR Act 798 presents serious problems for conflict resolution in this country.”

The President of the Pan African Lawyers Union, Chief Emeka Obegolu, in his keynote address, said once the African Continental Free Trade Agreement (AfCFTA) had come into force, there was need to amend domestic legislations that served as barriers to cross border legal services.

That, he said, would ensure that the aims and objectives of the treaty with respect to trade in legal services would be achieved.

The President of the GBA, Mr Anthony Forson, said the basis for sustainable development was rule of law and encouraged investments of the poor and disadvantaged to be protected.

The Team Leader and Legal Adviser at GIZ, Ms Clara Schier, said the programme was also to provide a platform for German and Ghanaian Lawyers to exchange legal knowledge and share experiences.

Five German lawyers, she indicated, were expected to be part of the programme, the first of its kind to be organised between the two countries in the area of law.