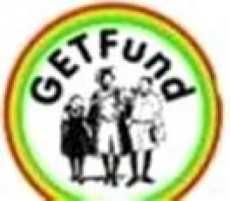 The Minority in Parliament is calling for a review of the GETFUND Act to prohibit arbitrary use of the funds by Managers.

Ranking Member on the Parliamentary Select Committee on Education, Peter Nortsu-Kotoe who made the call also faulted the Auditor General for the delay in auditing funds released to the GETFUND Secretariat.

He said if the Audit Service had been up to the task, some of these infractions may have been prevented.

He made the point on our Current Affairs Programme ‘FOCUS’ which discussed the infractions in the disbursement of scholarships under the Fund.

An Assistant Public Relations Officer at the Audit Service, Bernard Conduah said it is unfortunate that people are picking on the personalities mentioned in the report rather than looking at loopholes in the law that need to be tightened.

He said the major concern should be why some applicants for the scholarship have monies assigned to their names but did not receive such funds.

He said the Audit report is flawless and attacking the Audit Service for performing its statutory duty is unfortunate.

Executive Director, Africa Education Watch, Kofi Asare said government should review the scholarship scheme so that it benefits only brilliant but needy students.