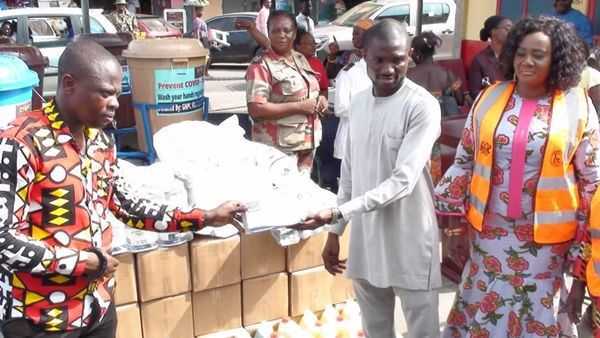 The GNPC Foundation has distributed 140 Veronica buckets, 1860 Sanitizers, soaps, tissues paper and dustbins to 10 market centres in the Western and Western North Regions.

The distribution, forms part of the Foundation's corporate social investment in these critical times of Coronavirus as the country, individuals and corporations were on board to end the spread of the virus.

Dr Dominic Eduah, the Executive Secretary of the GNPC Foundation, during the distribution at the Takoradi market circle said improving hygiene in the wake of the virus was Paramount, hence the decision to support markets in particular, where interface and interaction on a daily basis were immeasurable.

Ms Barbara Oteng-Gyasi, the Minister for Tourism, Arts and Culture lauded the Foundation for supporting government's initiative and encouraged all and sundry to pay attention to proper Hand-washing, a key controlling measure of the spread or contraction of the virus.

"Sanitizers are important, but use them only in the absence of soap and water and besides that, wash your hands after three or five times of applying Sanitizers", the Minister added.

Mr Anthony K.K. Sam, the Metropolitan Chief Executive of Sekondi/Takoradi tasked the market women to endeavour to allow their children to stay at home since they were most vulnerable.

He said, "We may be attempted to arrest all parents who bring their children to the market to trade". 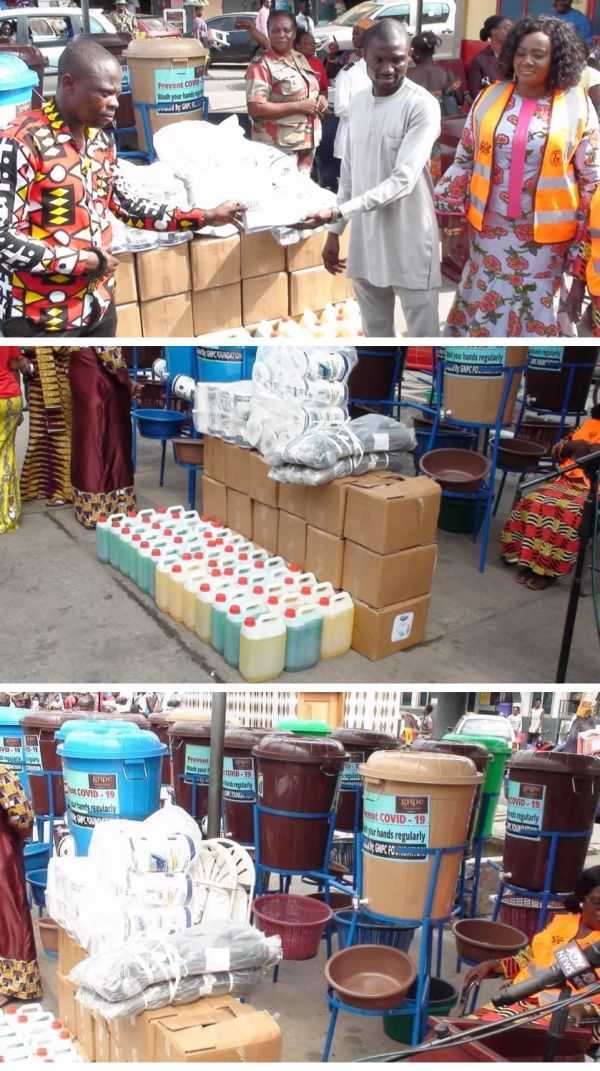