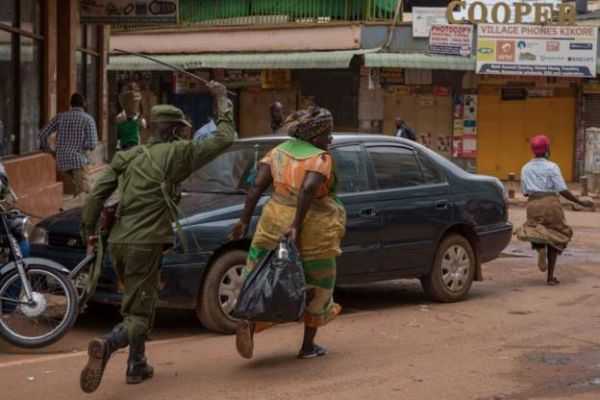 African states have been stepping up efforts to prevent the spread of coronavirus.

There are fears that the number will rise rapidly because of cross-infections, overwhelming health services on the mainly poor continent.

In the latest developments:

Uganda has banned all public transport with immediate effect, creating fear and panic in the capital, Kampala. The security forces have shut down businesses in the capital and Kampala's streets are now mainly deserted
Nigeria, Africa’s most populous state with an estimated population of 200 million, says it will ban all travel in the country, but has not yet indicated from when

In Kenya, East Africa’s biggest economy, President Uhuru Kenyatta has announced a night-time curfew from Friday
Kenya's president has also taken an 80% pay cut, as he prepares the nation for tough economic times - and has urged other officials to follow suit

Meanwhile, Germany says it will not be paying for six million face masks it had ordered but had not received after they went missing at an airport in Kenya

Back in Nigeria, the government received a donation, including 100,000 face masks, from Chinese billionaire Jack Ma
In South Africa, leading evangelist Andy Buchan says he has tested positive for Covid-19, while local media reports that a man who won 7.4m rand ($426,000; £354,000) in the lottery will have to wait until the nationwide lockdown ends to pick up the money. The three-week shut down starts on Thursday night, and panic-buying is continuing.