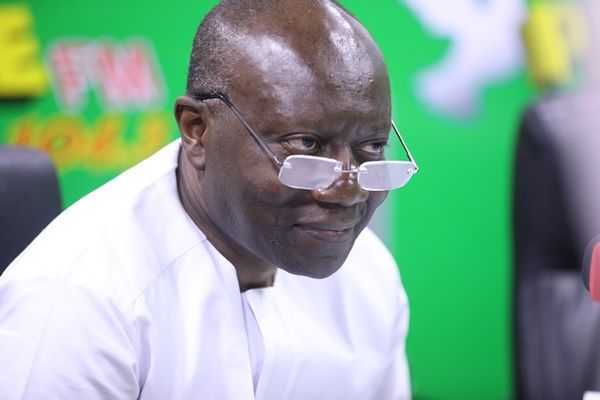 The Minister of Finance, Mr Ken Ofori-Atta, has said his proposal for Parliament to amend the Petroleum Revenue Management Act (PRMA) to allow the government tap into the Ghana Heritage Fund is to trigger a national debate on the use of the fund.

He said his request was meant to allow lawmakers and Ghanaians to discuss whether or not the country should spend a portion of the fund to close the fiscal gap due to the impact of COVID-19 on businesses, households and the economy.

“Mr Speaker, there are issues of jobs losses that we need to consider and we pray that as we debate and go through the Stabilisation and Contingency funds, that you (Parliament) truly relook at the Heritage Fund to reassess how best to trigger it without wasting it, knowing that the most important thing is to save lives because our best resource are our people,” he said.

Addressing Parliament last Friday Mr Ofori-Atta said that what he proposed, while preparing the 2019 budget, did not include the Heritage Fund to solve the current problem facing the country.

Currently there is an estimated $591.1 million in the Heritage Fund.

Mr Ofori-Atta appeared before Parliament on March 30, 2020 to update the House on measures the government was proposing to close the fiscal gap in what he described as extraordinary circumstances in Ghana.

Among other things, he proposed for the consideration and support of Parliament to amend the PRMA to pave the way for the government to tap into the Heritage Fund to finance the government’s Coronavirus Alleviation Programme.

Setting the record straight, the Finance Minister told Parliament that Ghana had so far recorded 214 confirmed cases of COVID-19 and the disease continued to spiral beyond the Greater Accra Region to other parts of the country.

He explained that one case of the disease had been recorded in the Upper West Region, nine in the Ashanti Region, one each in the Eastern and the Upper East regions, 10 in Tamale, 104 in the Greater Accra Region and 79 from the travellers who had been quarantined.

He particularly expressed worry that many Ghanaians were informal entrepreneurs, while 24 per cent of the citizenry earned below GH₵1, 700 a year.

He, therefore, said the imposition of the restriction of movements would deprive many people from earning their incomes on a daily basis.

“And so I would beg the indulgence for deep thought and consideration of some of these rules to make sure that we will have a future for our people,” he said.

In a reaction, the Member of Parliament for North Tongu, Mr Samuel Okudzeto Ablakwa, said while the legislative body considered a national debate on the use of the Heritage Fund, the government should first cut down on expenditures that drained the economy.

He also advised the government to abandon what he called prestigious projects that were not urgent, and rather focus on saving the lives of Ghanaians.

“I will want to see a situation where as political leaders, we start making some sacrifices now, start being more patriotic so that even if we will get to a point where we may have to consider touching the Heritage Fund Ghanaians would have seen that we made sacrifices first,” he said.