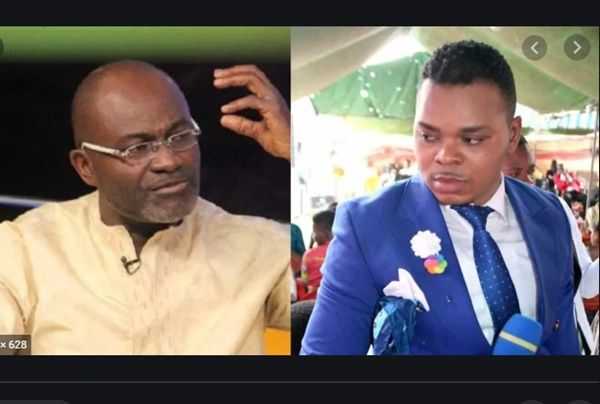 The Member of Parliament of Assin Central, Mr Kennedy Agyapong says he caused the arrest of the Head Pastor of the International God's Way Church, Bishop Daniel Obinim.
According to the legislator, he filed a report with the Police and also provided the law enforcement officials with witnesses.

The popular televangelist was arrested on May 19 and charged in court for the publication of false news and forgery of document, contrary to sections 208 and 159 of the Criminal and other Offences Act, 1960 (Act 29).

A police statement said Obinim is also under investigation for other offences levelled against him.

In his now regular appearance on The Seat television show on Net 2 on Wednesday night (May 20, 2020), Mr Agyapong said complaints against the preacher include death threats on the lives of several persons, sketchy money transfers and his use of the logo of the Ghana Police Service to declare persons wanted.

He said also under investigation is a viral video where the controversial preacher is hitting and 'cursing' a girl with Asthma during a televised broadcast.

"Me, I am not afraid to tell you, you threw me a challenge and I have gone head-to-head with you. I reported, I took the witnesses there. Read my lips, because I am not afraid of you," Mr Agyapong said.

Watch the video below from the 41st-minute mark;