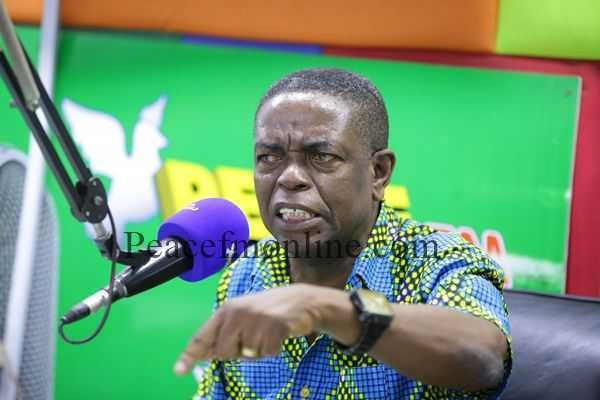 Managing Editor of the Insight Newspaper, Kwasi Pratt, has waded into the issue of government deploying soldiers to the Ketu South Constituency ahead of the Electoral Commissions new voter registration exercise.

According to Mr Pratt, the action by government is an act of ethnic bigotry that can lead the nation to doom.

“All this Ketu South thing what is it meant to do. What is this, Ketu South they are not Ghanaians? Why Ketu south? Somebody should come and explain to me. You know this ethnic bigotry can lead this country to doom,” he said during a discussion on his Pan African TV station.

Mr Pratt underscored that such acts of marginalization by the state against people in the Volta Region is what has resulted to the emergence of a secession group in the region.

“I don’t support secession; I am completely opposed to secession. But go and read the justification for the secession. What are they saying? That they are marginalised, that we don’t consider them Ghanaians. We always claim that they are Togolese,” he said.

He questioned the level of reasoning that went into the decision to deploy the military personnel to the region when there is a growing secession agenda there whilst the country is preparing for an election.

“We are going to have an election and the most sensible thing you can do is to claim that some Voltarians are Togolese who infiltrate your country to come and vote for parties of their choice. Are you sensible, are you trying to prevent chaos? I mean I can’t believe it, are you sensible?” He questioned.

Some residents of Ketu South last week reported that they were being intimidated by the presence of military personnel deployed to the area ahead of the EC’s registration exercise.

There has been conflicting justifications from members of the ruling government who have been accused by the opposition National Democratic Congress of using the military to pursue an agenda against the people of Volta Region, which is the stronghold of the NDC.

According to Adansi Asokwa Member of Parliament, K.T Hammond, the move is to stop some Togolese nationals who will come to Ghana to register in the voter registration exercise beginning on Tuesday, June 31, 2020.

However, according to the Interior Minister, Ambrose Derry, the action by government is rather in line with efforts to ensure the closure of borders announced to manage the spread of COVID-19 in the country.