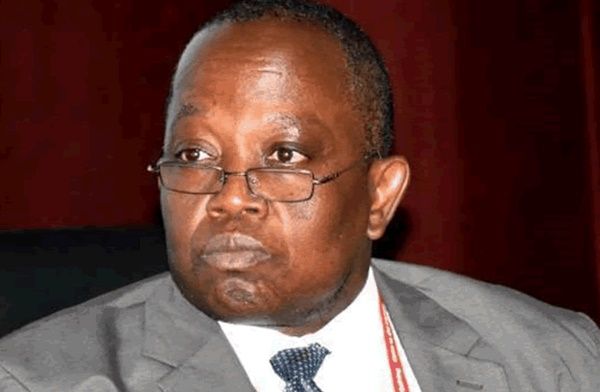 The President of the Republic, HE Nana Addo Dankwah Akufo-Addo, has directed the Auditor-General, Mr. Yaw Domelevo to proceed on his accumulated leave of one hundred and twenty-three (123) working days effective July 1, 2020.

In a statement signed by the Director Of Communications at the Presidency, Eugene Arhin, he explained that the President's decision to direct Mr. Yaw Domelevo to take his accumulated leave is based on sections 20(1) and 31 of the Labour Act, 2003 (Act 651), which apply to all workers, including Public Office holders such as the Auditor-General.

"According to the act, a worker is entitled to annual leave with full pay, in a calendar year of continuous service, which cannot be relinquished or forgone by the worker or the employer," the statement added.

Mr. Yaw Domelovo since his appointment as Auditor-General on 30th December, 2016 taken only nine working days of his accumulated annual leave of one hundred thirty-two (132) working days.

Mr. Domelevo is to hand over all matters relating to his office to Deputy, Mr. Johnson Akuamoah Asiedu.

See attached the full letter from the Presidency 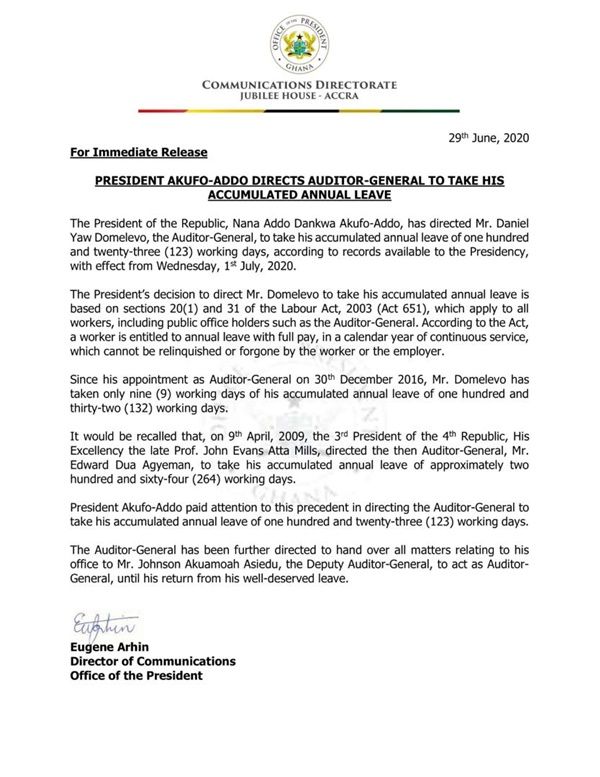