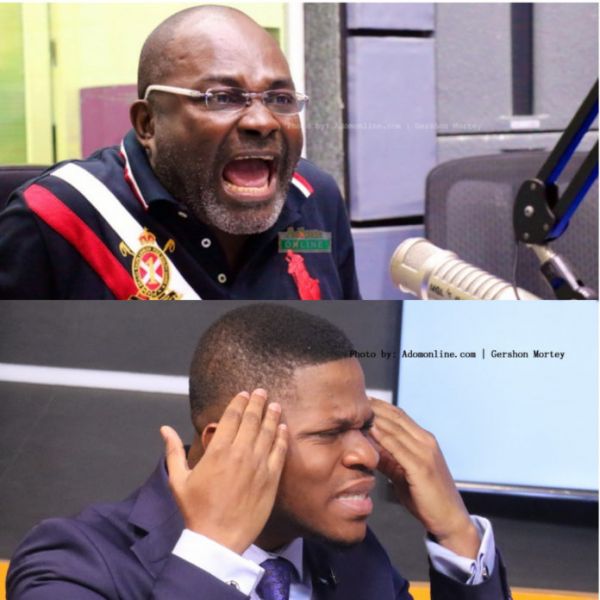 A report monitoring the use of indecent language on the radio has ranked the Assin Central Member of Parliament, Kennedy Agyapong as the most abusive politician for the first two weeks of June.

Additionally, the report which covers the monitoring of 20 radio stations in Ghana between June1-14 also found that affiliates of the opposition NDC recorded the highest number (17) of indecent expressions followed by representatives and affiliates of the NPP (15).

According to the Media Foundation for West Africa Monitoring of Indecent Language on Radio report published on June 29, Mr Agyapong "singlehandedly made eleven out of the 51 indecent expressions recorded during the monitoring period".

The monitoring report also names the National Communications Officer of the NDC, Sammy Gyamfi; the National Youth Organizer of the NPP, Nana Boakye (Nana B); the Flagbearer of the United Freedom Party (UFP), Nana Agyenim Boateng, and some party officials at the regional level for making unsubstantiated allegations and other indecent expressions on radio.

The other political parties whose affiliates were cited are the UFP with two indecent expressions and the Convention People’s Party (CPP) with one incident.

Power FM, also based in Accra, followed with 10 indecent expressions all of which were recorded on the station’s Inside Politics programme.

The host of the Inside Politics programme on Power FM, Mugabe Maase, was also found to have used the highest number of indecent expressions among the hosts of radio programmes that were monitored. Eleven other radio stations were also cited in the report.

MFWA Language Monitoring Re... by Kweku Zurek on Scribd