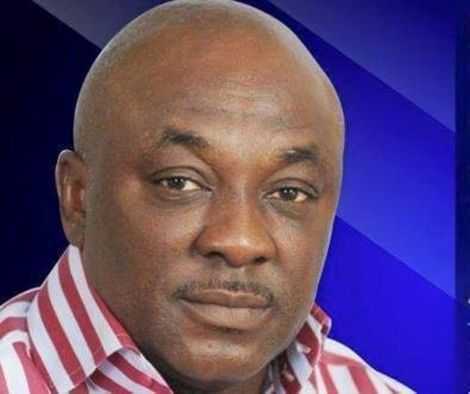 Health workers in Ghana are unhappy with the Member of Parliament for Tema West, Carlos Kingsley Ahenkorah, for his decision to visit voters registration centres despite knowing he had contracted Coronavirus.

This is according to the Greater Accra Chairman of the Ghana Medical Association, Dr Ernest Yorke, who noted that the legislature’s careless behaviour has demoralised health workers in the country.

“It breaks my heart. Doctors and health workers are angry at what he did . . . It has really demoralised us,” he said on Joy FM’s Super Morning Show on Friday.

The former deputy Minister for Trade and Industry has come under heavy criticisms after admitting he visited some registration centres because his doctor told him he can return to his normal daily activities.

But Dr Yorke noted in an interview monitored by GhanaWeb that the advice from the doctor, if indeed true, was wrong as it goes against the set protocols.

He stressed that anyone who test negative in a second test after testing positive in the first needs to self-isolate as they can still become positive within 14 days.

He added that people like Carlos Ahenkorah who do not adhere to safety measures and other protocols are not helping health professionals in the country as they are bearing the brunt of the pressure COVID-19 is putting on the health system.

“PPEs are inadequate, and we know this, that there’s a problem. We have limited facilities, lack of motivation, we are going through and bearing the brunt,” he said.

Dr Yorke added that “I can tell you on authority that close to about 100 of doctors in this country have been affected.”

Carlos Ahenkorah was forced to resign from his ministerial position after making the revelation on radio Thursday.

There have also been calls for his prosecution.