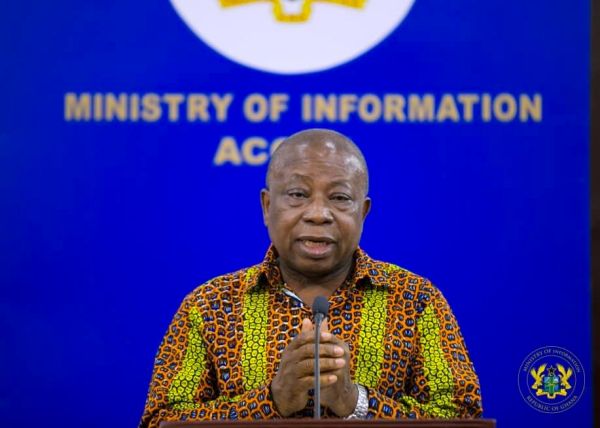 Health Minister Kwaku Agyeman-Manu says recent media reports quoting him as saying the President is tired of the COVID-19 fight are a mistranslation of his comments he made in his native bono language.

According to the report circulated online, the health minister made the comments at a ceremony in Dormaa to suggest that President Akufo-Addo and health officials at the forefront are already tired adding that Ghanaians must take personal responsibility to protect themselves from contracting the virus.

But Mr Agyeman-Manu says the story is inaccurate.

"I only pleaded with Ghanaians on our normal COVID education awareness and I spoke about the hard work the President has put in to this battle. The tireless efforts that the President and health officials have put into this fight require that we all help and adhere to the safety protocols. If we don’t, may put the President’s labour in vain."

"I did not mean that the President or the government are tired" he said, adding that "I spoke in Bono and I suspect those translating got it wrong."

Mr Agyeman-Manu has asked the general public to disregard the false reports.