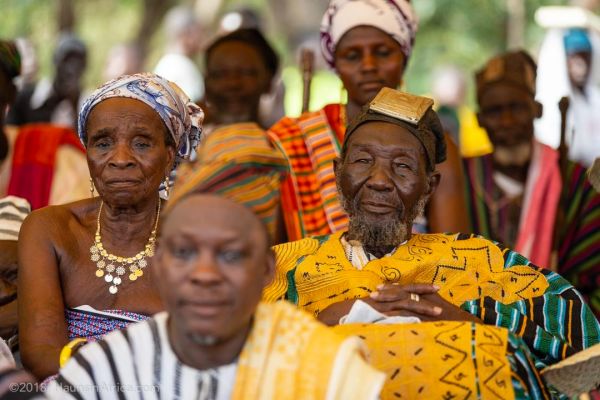 The Chief of Berekuso, Odeefoo Oteng Korankye II, has appealed to government officials and all well meaning northerners to partner with Yaa-Naa Abukari Mahama II to developed Dagbon and the entire north.

He maintained that now that peace had finally returned to the area it was prudent for all to assist to develop the whole area.


Chief Korankye made this appeal when he paid a courtesy call on the Overlord of Dagbon, Yaa-Naa Abukari Mahama, at the Gbewaa Palace in Yendi at the weekend.

The visit was to express his appreciation to the Yaa-Naa for honouring an invitation to the celebration of the Ohum Festival held in February this year.

Nana Berekuso was grateful to the Yaa-Naa for sending a delegation to Berekuso to mark the celebration of this year’s Ohum festival, expressing the hope that the relation between them would bring good tidings to their people.

He also challenged all well-meaning Ghanaians, especially, the people of the north to team up to sustain peace and unity in the Dagbon kingdom.

The chief stated that for peace and unity in the Dagbon to remain absolute, it was incumbent on all to help sustain the current peace and unity being enjoyed in the area.

Cheif Korankye pledged to attend this year’s Damba Festival following a request by the Yaa-Naa. He presented a ram and undisclosed sum of money to the Yaa-Naa.

In his response, Yaa-Naa Abukari commended Odeefoo Oteng Korankye II and his delegation for the visit.

Yaa-Naa said it was important for traditional rulers of the various kingdoms to collaborate and share ideas on how to bring development to their subjects.

He, therefore, pledged his willingness to work together to champion the cause of development.