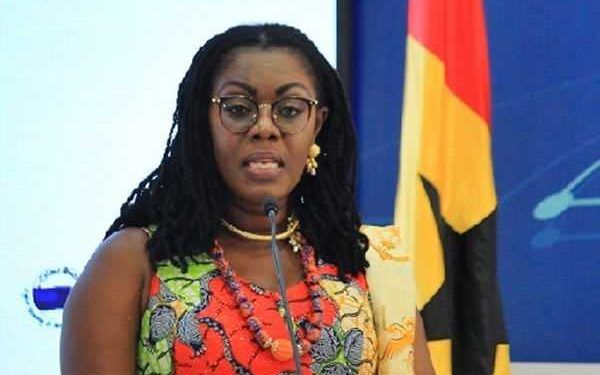 Minister of Communications, Ursula Owusu-Ekuful, has said that her Ministry and other stakeholders are currently having consultation on the Ministry's decision to shut down some of Ghana Broadcating Coorporation's Digital Terrestrial Television (DTT) channels.

According to her, after the consultation a decision will be taken on how to finance the platform of which GBC and other affected stations will be bound by that decision.

“The President was very clear that we suspend the application of this directives pending further consultation with the stakeholders and that is exactly what we are doing. So we will have that further consultation with the stakeholder and we will all agree on how to finance the platform going forward and they will all be bound by the decision taken going forward,” she told Journalist in an interview in Parliament.

President Nana Addo Dankwa Akufo-Addo has directed the Minister of Communications, Ursula Owusu-Ekuful to suspend her directive to the Ghana Broadcasting Corporation to shut down three of its Digital Terrestrial Television (DTT) channels.

There was a lot of reaction following the Communication Minister’s decision to reduce the number of channels operated by the state broadcaster on the DTT platform from 6 to 3.

It was for this reason President Akufo-Addo directed the suspension of her decision pending further consultation with stakeholder.