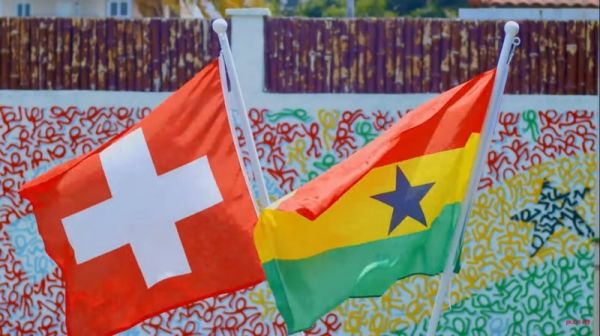 The Embassy of Switzerland in Accra has released a short movie to mark the 6oth anniversary celebration on the strong diplomatic relations with Ghana.

The movie, released on Friday in Accra also marks the National Day of Switzerland, which falls tomorrow, Saturday August 1.

Since 1891, Swiss citizens at home and abroad have celebrated the day to remember the origins of Switzerland from 1291.

In a press release sent to the Ghana News Agency on Friday, the Embassy said it would not hold a public celebration for the 729th birthday of the Swiss Confederation in Accra this year, due to the COVID-19 pandemic.

“Nevertheless, 2020 is a special year for the partnership between Ghana and Switzerland, as both states celebrate the anniversary of 60 years of their diplomatic relationship,“ it said.

The release said Switzerland recognized the Republic of Ghana on its independence day, 6 March 1957, adding that three years later, the then existing Swiss Consulate in Accra was upgraded to a full-fledged Embassy.

It said in the past 60 years, Switzerland and Ghana had established a fruitful and mutually beneficial partnership that culminated in the State visit of President Nana Addo Dankwa Akufo-Addo, to Switzerland in February this year.

The release described Ghana as one of Switzerland’s most important trade partners in Africa and one of the priority countries for Switzerland’s economic development cooperation almost 20 years.

More than 50 Swiss companies operating in Ghana have also employed thousands of Ghanaians.

“Also, on the occasion of the memorable State Visit, a declaration for the trade of CO2 climate certificates was signed. Once, a bilateral agreement is in place, multi-million Swiss Francs of climate friendly investments could flow from Switzerland to Ghana,“ it said.

Mr Philipp Stalder, the Swiss Ambassador to Ghana, Benin and Togo, noted that this year had been full of unexpected turns saying, “In the more than 20 years of my diplomatic career, I would have never expected to celebrate the National Day of Switzerland virtually.”

The pandemic, he said, had a huge impact on all countries around the world, but during the difficult times, the good relationship between Ghana and Switzerland had to be lauded once again.
The Ambassador said the movie, initiated and mandated by the Swiss Embassy in Accra, was produced in collaboration with pulse.com.gh.

The short movie, he said portrayed three Ghanaians who were all connected to Switzerland and contributed in their own way to the sustainable growth of Ghana.

The Link to the movie:https://www.youtube.com/watch?v=QTb7naREx7w

The protagonists of the short movie are the Minister of Foreign Affairs, Madam Shirley Ayorkor Botchway and the Swiss Ambassador, Mr. Philipp Stadler.