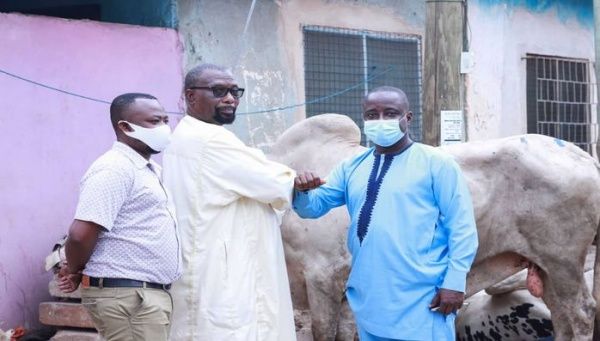 Renowned businessman and President of the Ghana Rugby Foot Ball Union Herbert Mensah on Friday donated several quantities of products brands and a bullock to the Muslim community at the central mosque in Kumasi in the Ashanti Region.

The donation coincided with the celebration by Muslims worldwide of Eid Al-Adha, the holiest festival in the Islamic calendar.

Eid Al-Adha or the Festival of Sacrifice is celebrated to commemorate the obedience of Ibrahim in a four-day celebration that began on 31 July and will last until Monday, 2 August.

The yearly ritual is considered a time to think of others as well as repenting for sins committed in the past.

The Festival of Sacrifice marks the end of the Hajj pilgrimage, where Muslims return from pilgrimage in Mecca.

Muslims will sacrifice goats, sheep, lambs, and cows to represent Ibrahim’s commitment to God, where Allah came to Ibrahim in a dream and asked him to sacrifice his son Isma’il as an act of obedience to God.

Participation in the sacrificial festival is mandatory for all obedient Muslims that can afford an animal.

It is also mandatory for people with money to give an amount to charity, so less fortunate people can afford to join in on the celebration as well.

As a tradition, Mr. Herbert Mensah, a Christian himself, and who is the former chairman of Kumasi Asante Kotoko FC joins the Zongo community in Kumasi every year to share in their celebration and sacrifices.

This year, King Edward of Hello FM in Kumasi together with Prince Osei of Kessben fm, representing Herbert Mensah, donated the a big bullock and other products from sponsors Sunda International. He remarked that the yearly gesture by Mr. Mensah is in line with his long-held tradition of keeping a bond with the Zongo community that has always supported him especially during his days as Kotoko chairman, his activities with the May 9 Foundation and his efforts to build Ghana Rugby.

King Edward also added, ‘’Herbert believes in the goodness of helping the poor in our society the same way as sponsors like Sunda International’’. He acknowledged Sunda international for their donation of product brands such as Kleesoft, FasKit, and so on.

Receiving donation on behalf of the Muslim community, regional chief Imam Abdul Mumin praised Herbert Mensah for his dedication and commitment to the Zongo communities and the poor in general throughout the years.

Imam Abdul Mumin prayed for blessings of Allah (God) upon the life of Mr. Herbert Mensah and all generous givers to the poor in our society.

Thousands of Ghanaians including Ghana’s vice president Dr. Mahamudu Bawumia have joined millions of other Muslims from all over the world this year to fulfill one of the major pillars of Islam and to celebrate Eid al-Adha in the holy city of Mecca. 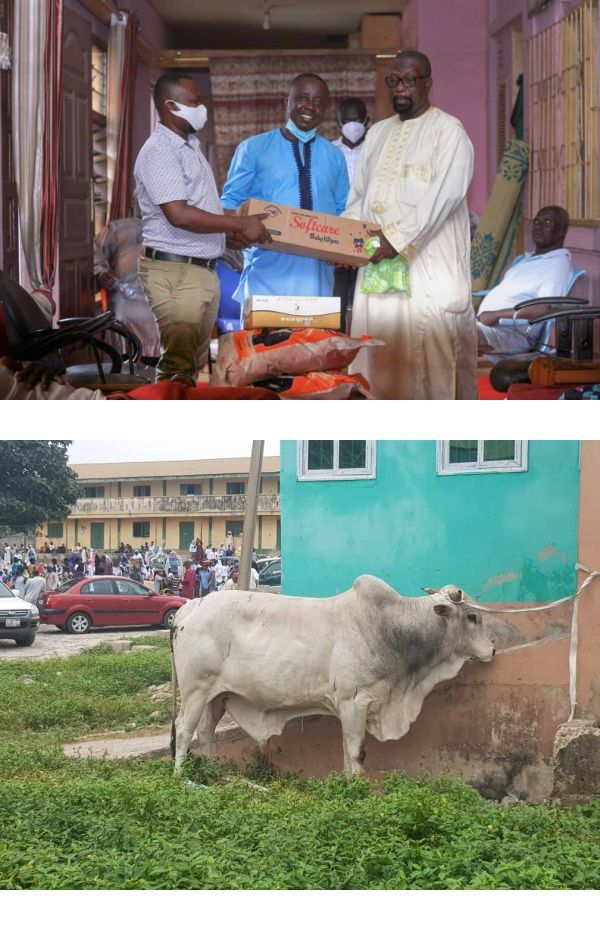