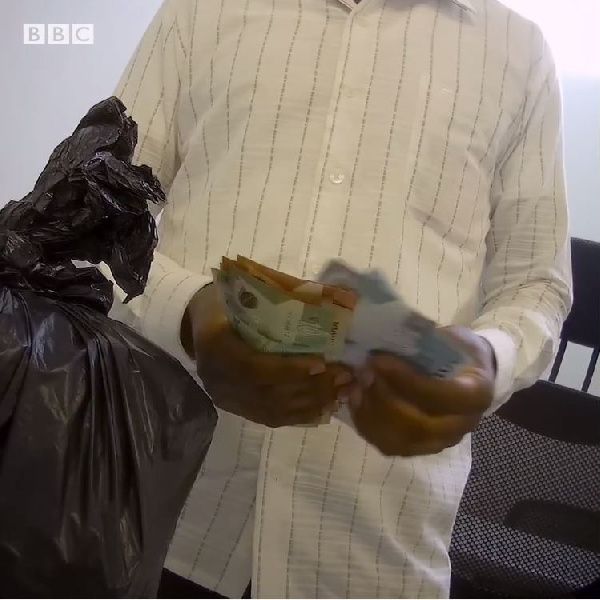 Head of Tiger Eye PI, the investigative team that produced a recent exposé on coronavirus, Anas Aremeyaw Anas, has refuted criticisms that the production has not lived up to expectation.

The documentary, titled “Cashing in on COVID: Exploiting the global pandemic and profiting from the sale of PPE” captured two staff of the Greater Accra Regional Hospital allegedly pilfering Personal Protective Equipment (PPEs).

Medicine Counter Assistant, Thomas Osei, and another man at the hospital's Sewing Unit, Divine Kumordzi, were captured allegedly selling the PPEs for their personal gains. They have since been suspended.

“If between yesterday and today, I am getting a million views on the film [on social media], then it should tell us how the public is receiving it. I am very happy about it and I think the numbers are even going to grow bigger. I can clearly see the panic in the management of the Ridge Hospital when on Sunday when we had not even released the documentary, they quickly issued a statement. That is what we want, we want to have the impact. We don’t have to leave our state institutions to think that nobody is watching,” he said.

Although the Greater Accra Regional Hospital has said that the items do not belong to the hospital and do not also constitute the hospital’s COVID-19 stock either donated or procured, Anas said the fact that hospital authorities suspended the two shows their claim is not accurate.

“The personalities involved in the scandal admits he bought it from an institution and the institution is very clear that it is Ridge Hospital that said the PPE should be sent to them. So we have done our best to put everything out there. So the film is there for everybody to see who is saying what,” he said of the documentary that was released on Monday, August 10, 2020.