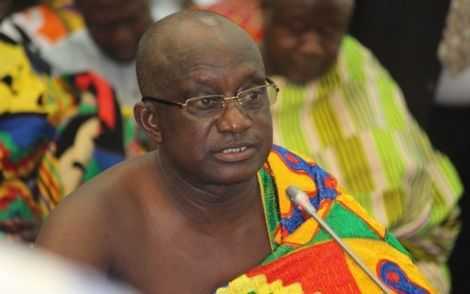 The Ashanti Regional Minister, Simon Osei-Mensah, has sued Militant Publications Limited, thus the Insight Newspaper, for publishing a defamatory and untrue story about him.

A writ of summons seen by Peacefmonline.com states that the Minister (plaintiff) wishes that the Accra High Court places a GHC 10, 000, 000, 00 punitive damages on the Insight Newspaper over what he termed as a false and defamatory publication.

The said publication according to the suit sought to portray that the Ashanti Regional Minister and an astute member of the New Patriotic Party is a tribalistic and a divisive person who has no respect or regard not only for the people of the North but all other tribes in Ghana apart from Ashantis.

The action of the plaintiff follows a publication (Vol.27 No 870) by The Insight newspaper dated 28th August 2020, about Mr. Simon Osei-Mensah under the caption: “Alleged Ethnocentric Comments: CSOs call for the dismissal of Minister.”

"The above-mentioned publication has reduced his image and dented his reputation as a well-meaning Ghanaian," he added

Mentioned in the suit are the acting Editor of The Insight newspaper (defendant 2) Benjamin Akuffo and Strategic Thinkers Network, Nii Tettey Tetteh (defendant 3).

Again, he emphasized that most radio stations across the country reviewed the publication, and "unless the defendants are restrained by an order of this Honourable court, they would not cease further malicious and wicked publication about him. The Insight Newspaper is one popular Newspaper in Ghana and it is sold across the length and breadth of Ghana and it has an online portal too".

The plaintiff has appealed to the court for a perpetual injunction restraining the defendants either by themselves or their agents, assigns, privies, etc. from further publishing any such disparaging words about the plaintiff.

Quoting a section of The Insight publication to the court, the plaintiff asserted in his writ of summons: “We have listened to the Ethnocentric comments made by the Honourable Minister for Ashanti, Hon Simon Osei Mensah against people from the North and find condemnable and completely unacceptable. The Honourable Minister for Ashanti region indicated that, and with the greatest respect, that Northerners are bereft of sense and added that Northern destroy everything they touch. Hon Simon Osei Mensah even runs down the influence of Northerners with regards to decision making by questioning the percentage of total votes of Northerners in Ghana in terms of Public election as well as Public referenda . . . "

He has, subsequently ask the court for an order to compel the defendants to retract the said words/publication stated in relief (a) supra with the same prominence they gave that story in “The Insight” Newspaper and website and to further write an unqualified letter of apology to the plaintiff.