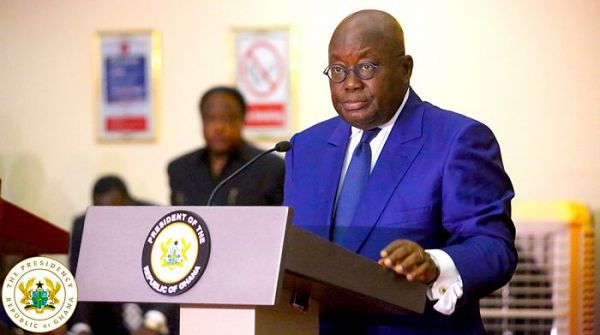 President Nana Addo Dankwa Akufo-Addo has launched the Pan-African Heritage World Museum at Winneba, an important project of cultural and historical significance to Africans, with a reminder to the people to relearn its history, culture and civilization.

“The time has come for all of us to take our heritage seriously,” the President said, adding, “No one needs to tell us that we have a rich history made up of remarkable achievements in the arts, sciences and technology,” he said.

The museum, a brainchild of Mr Kojo Yankah, the Founder of the African University College of Communications in Ghana, is expected to be completed in 2022.

The vision for the Museum, including plans to raise 30 million dollars to complete it, was also unveiled at the launch, with calls on all to support it.

President Akufo-Addo, launching it in virtual space in the presence of global leaders and notable personalities, said his Administration would continue to support Pan-African heritage and innovation, which he described as “one of the key pillars of Beyond The Return Initiative.”

He highlighted the benefits of the ties between Africans and Africans in the Diaspora and encouraged all and sundry to support the Museum initiative.

President Akufo-Addo, who was made the first patron of the museum, said it was considered as one of the most important projects of cultural and historical significance of the time and would be a centre of pilgrimage for people of African descent to unlearn and relearn the history, culture and civilisation of Africa from the creation of mankind till today.

Mr Kojo Yankah, himself a Pan Africanist and Director of the Ghana Institute of Journalism, expressed worry that though there were published works by many scholars that uncovered the hidden history and ideology of Africa, the very Africans who were supposed to consume those works could not even find them for “various reasons.”

“Today, we stand on the shoulders of our ancestors to dedicate the Pan-African Heritage World Museum to the youth of the world.”

“Our own story must be told, curated, preserved, and used as teaching materials to lift up their spirits; to raise their level of self-confidence; inspire them to aim for social equality and justice and to make them what we desire for all humanity as equal citizens of the world and to live in peace.”

The Museum project, to be managed by an international non-governmental organisation and backed by a council of eminent scholars, will be funded through donations and grants.

Within its space would be a Garden of Sculptures of African leaders in sports, entertainment, politics, science and culture, as well as Herbal-Plant Farm, a Palace of African Kingdoms and accommodation.

The virtual launch was organized by Pan-African media company Face2Face Africa, a partner of the project.

Other speakers included eminent African traditional leaders, some of the major scholars on the Academic Council, and coordinators from across the world, including an ambassador of the project, Ghanaian Artiste, Sarkodie.