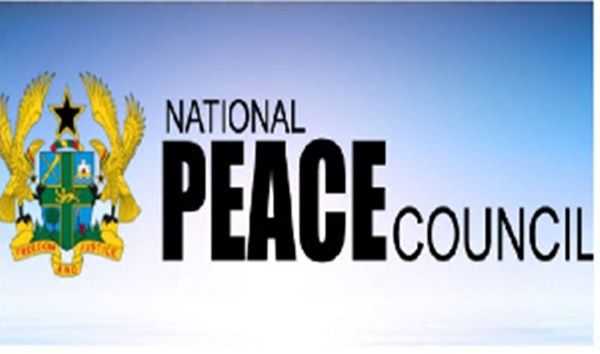 The West African Network for Peace Building (WANEP), says the fiercely competitive nature of party politics has been a factor threatening stability in West Africa.

This, he said was because there was a widespread perception of elections as ‘winner-takes-all’ event.

Dr Chukwuemeka B. Eze, the Executive Director of WANEP noted that this perception, against a backdrop of palpable inter-ethnic tensions, raised the stakes and risks for all those involved.

He said it was even more worrisome that with Ghana’s democratic credentials with expectations to lead the continent in electoral decorum and civility, it continued to experience high levels of suspicion and lack of confidence in key state institutions that directly or indirectly superintended the electoral process.

Dr Eze made these remarks at the launch of the National Election Response Group (NERG) in Accra, organised by WANEP in collaboration with the National Peace Council (NPC) and supported by the European Union.

The Group’s objective is to discuss, develop and recommend response strategies to violent threats to the December 7, 2020, elections in Ghana.

Dr Eze stated that allegations of partisan security forces, partiality of the judiciary, and lack of independence of the Electoral Commission, abound.

He said an important dimension with potentials of heating up the polity was the increased cases of identity and ethnicity in the body politics.

The Executive Director emphasized that this development threatened the growth of formal democracy, national cohesion and development and created animosity amongst citizens who tended to view themselves from parochial lenses.

Mr Henry Quartey, Deputy Minister of National Security, who officially launched NERG, said the need for peace was important at the present time that elections were fiercely contested.

He said this was an era, where issues of youth agitations over limited opportunities, new security threats such as kidnapping, killings of prominent persons, violent extremism and the threat of terrorism in West Africa, as well as the situation in Mali were worrisome.

The Deputy Minister, applauded the initiative by WANEP and NPC to form NERG and Regional Election Response Group (RERG) with a mandate to manage, analyse, mitigate and resolve potential threats to the December 2020 elections.

Reverend Professor Emmanuel Asante, the Board Chair, NPC also underscored the need for a monitoring team that would monitor and ensure threats were responded to adding that elections were sometimes characterized by violence, leaving people stranded.