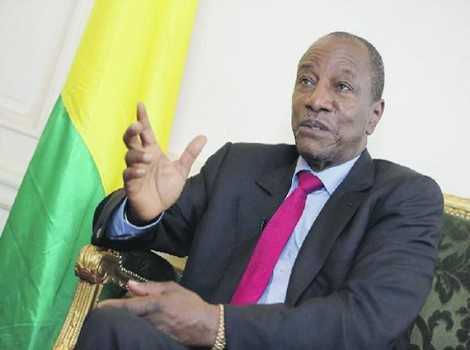 Voters in Guinea are casting their ballots in a controversial election which see President Alpha Condé, 82, seek a third term.

The already bitterly divided West African country was gripped by tension on Friday after gunmen killed a senior army officer in a military camp.

Mr Condé ignored critics to push for a change of constitution that allowed him to extend his stay in office.

His main challenger is Cellou Dalein Diallo, who he has twice defeated.

Ethnic clashes during the campaign have raised fears of nationwide violence if the results are disputed.

The government has closed the borders with some neighbouring countries, citing security reasons.

Some 5.4 million voters eligible to vote. Results are not expected for several days.

Candidates need more than 50% of the vote for outright victory, or there will be a second round on 24 November.