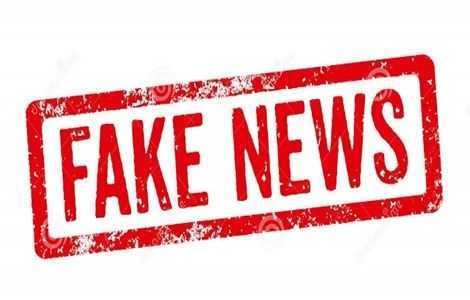 He said fake news had become a phenomenon with the growing access to devices, platforms, and internet access and must not be allowed to ‘destroy’ society.

Mr Attigah made the remarks in a presentation at a workshop for bloggers and journalists in Accra.

The workshop on the theme: "Stop, Reflect, Verify", was organised by the United States Embassy in Accra, in partnership with Mobile Web Ghana.

It was part of efforts to help people gain an understanding of what constituted fake news and its effect on society, by the US Embassy – Ghana through their American Spaces and American Corner Initiatives to commemorate Cyber Security Month (October).

Mr Attigah said the phenomenon of fake news was affecting every facet of society with some people spreading falsehood by posting fake videos/messages/audios/photos on News platforms/Social Media platforms like YouTube, Facebook, and Twitter to cause confusion, smear reputations of people and cause panic amongst the public.

"The mischievous elements involved in such activities usually benefit financially or just do it to fulfill the selfish gratification.

‘The ultimate cure for this scourge is education to understand what is factual and good to share," he said.

"Also, the acceptance of responsibility by everyone who decides to share information or news, that may destroy another person or a brand.

"This sort of behaviour has real-life impact on people and thus, I encourage people to never rely only on non-validated information as news or content to share on social media and social platforms."

He said there was also the need for government agencies to enforce the law that enforces the liability of the creator and sharer by punishing them.

"Everyone has a responsibility to combat the menace of fake news. This ranges from educating people, supporting investigative journalism, reducing incentives for fake news, and improving media and digital literacy among the general public," he stated.

Mr Attigah said the impacts were very real and that people must avoid sharing fake news.

"Let us call out fake news and disinformation without legitimising them. Let your watch words be- Stop! Reflect! Verify!"