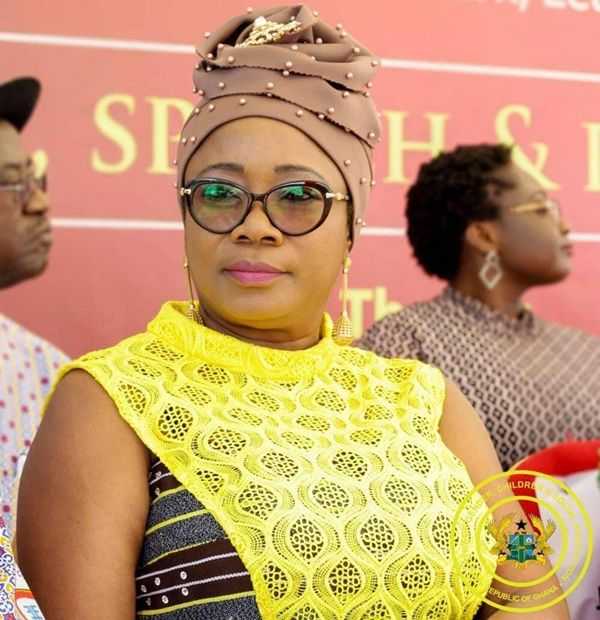 Mrs. Cynthia Mamle Morrison, the Minister of Gender and Social Protection has cut the sod for construction works to begin on three bridges over River Akora at Agona Swedru in the Agona West Municipality of the Central Region.

The wooden bridges had been redesigned into concrete ones to halt their rampant washing away and improve their lifespan.

Work has already started on the old Swedru Sawmill, Desuanim/Owani/Chapel Square bridges, which would be completed before the end of November 2020.

The Minister said two additional concrete bridges would be constructed at the Swedru Sabon Zongo and Swedru Church of Pentecost Prayer Centre to link the Nkubem by-pass road.

It would be recalled that the wooden bridge over Akora River, used daily by more than 2,000 commuters including school children, was washed away by torrential rains in October 2019.

The collapsed bridge affected business activities, creating huge financial difficulties to shop owners, barbers, hairdressers, and dressmakers among others, with their plight becoming worse in the COVID-19 crisis.

The Minister said the construction of the three bridges could have been done next year but due to the critical roles they played, President Akufo-Addo had asked for funds to be released to aid their completion on schedule.

She expressed the hope that residents of the five communities; Desuanim, Mangoase, Owani, Swedru Chapel Square and Sabon Zongo would heave a sigh of relief upon completion of the bridges.

Mr John Eyison, Assemblyman for Desuanim/Owani/Mangoase/Eguabiriso Electoral Area, said the first bridge was constructed in 1928 and collapsed in 2010 and a temporary wooden one was constructed.

He said even though he was elected in December 2019, the criticisms he had received over the collapsed bridges were unbearable and that he would be happy when they were constructed.

Mr Louis Mensah, Managing Director of Sarbert Investment Company, said the newly designed bridges were disability friendly and appealed to the people to exercise restraint for the company to deliver quality work.