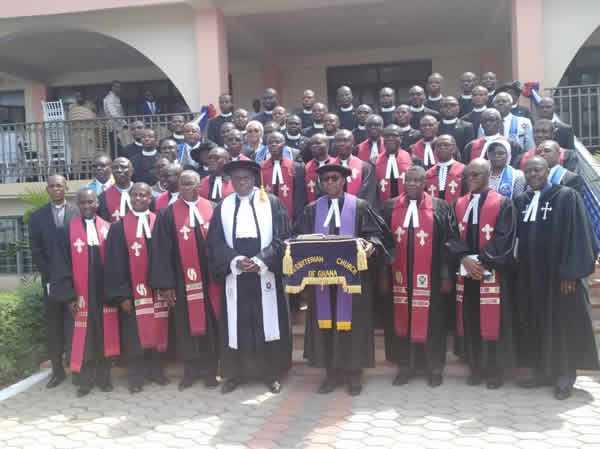 Parliament is planning to investigate, and prescribe regulations on church activities in Ghana.

This follows a directive from the Speaker, Rev Prof Aaron Michael Oquaye, to the joint committees of Youth, Sports and Culture and the Constitutional, Legal and Parliamentary Affairs, after the House on Wednesday discussed the proliferation of churches at the expense of human rights and the use of working hours for church activities.

However, the Moderator of the General Assembly of the Presbyterian Church of Ghana (PCG), the Rt. Rev Prof. Joseph Obiri Yeboah Mante has kicked against any move by the nation to prescribe regulations on activities of Churches.

Preaching the sermon at the commissioning service of 26 Ministerial Candidates on Sunday 2nd June 2019 at the Victory Congregation of the PCG at Fafraha in Accra, the Moderator said there are already laws to deal with pastors who are misbehaving.

He said, when pastors or a church leaders misbehave or go against the laws of the state, they should be dealt with according to the law and be treated as offenders of the law and not cloud their offenses with their calling as Ministers of the gospel.

The Rt. Rev. Prof. J. O. Y. Mante, said there are laws against human right abuse and so if a minister of the Gospel abuses the right of someone the laws should work.

The Moderator called on the State to take drastic actions against charlatan pastors, who abuse people’s rights. He said any attempt by the state to regulate church activities in Ghana will not be accepted.

He cautioned Ministers of the Gospel to live lives worthy of their calling and admonished the newly commissioned ministers to exhibit a character and demeanor that reflect Christ, pursue godly and goodly prosperity as well as disciple others.

The Moderator admonished Christians to eschew the deceitful of riches, following after ungodly counsel and making the cares of this world make them lose their focus; rather, they should focus on being delighted in the Lord, trusting Him and intentional seeking to follow the Lord faithfully.

He urged them to learn to identify themselves with the practice of the Church as enshrined in the Constitution.

He told the new ministers that true Christians must show their status by portraying the character of Christ who was sinless on earth.

The Moderator cautioned the newly commissioned ministers to be mindful of their attitudes towards the community they find themselves, their neighbours and colleagues since it could either discredit or encourage others to come to know Christ.

He urged them to rely fully on the powers of the Holy Spirit and pray to God always for His direction.