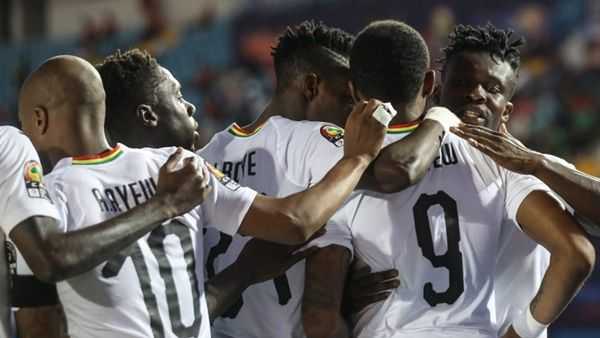 During Sunday’s service in his church, the outspoken pastor expressed his anger over the huge amount of money the government keeps spending on what he believes are trivial issues.

Comparing the state of Ghana’s health facilities to that of the United Kingdom (UK), Prophet Oduro described Ghana’s facilities as worthless.

“You call this ‘worthless thing’ a hospital because there is no godliness in governance… see the rusted bed,” he said whilst showing images of some hospitals to his church members.

He further criticized the government for spending so much money on the Black Stars for the just-ended African Cup of Nations (AFCON) when hospitals in the country are in sorry states.

“You take GH¢4.5 million and blow it on AFCON when you didn’t even get anywhere and people cannot get common healthcare,” he fumed.

Prophet Oduro who described the National Health Insurance card as inadequate said his team was abhorred by what they saw when they recently visited one of the country’s hospitals for a donation exercise.

“Do you know in Accra, Korle Bu, 37, Police hospital, Ridge and a few other places are the only places where you can find the dialysis machine… in England, I had a lady who had kidney failure and when we were believing God for her healing, the hospital brought her a dialysis machine at home and trained her on how to administer it. This is NHS but your NHIS cannot even pay for breast treatment, C.S, that card is a useless card holding you.”

He called on politicians to stop spending money on things that do not benefit the nation as a whole whilst warning them that “God will judge you” for their actions.

“Our leaders must lift their heads to see that people are suffering because most of the things they are spending money on are useless expenditure.” Prophet Oduro posited.