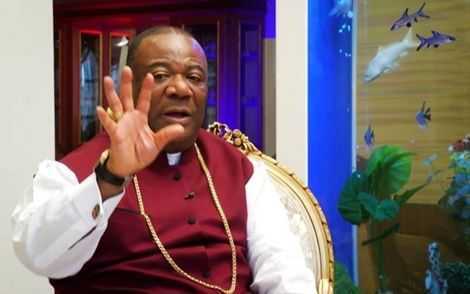 Founder of the Action Chapel International Archbishop Duncan-Williams has kicked against an advocacy for laws to regulate churches.

“You cannot regulate faith,” he said in an interview on Accra-based Joy FM.

According to him, “the church is a spiritual movement” which operates on the basis of faith.

Some Members of Parliament (MP) in May called for a law to regulate activities of churches owned and run by individuals and self-professed pastors.

Some of these churches are alleged to have been engaging in all manner of unacceptable practices in the country.

According to some MPs, there is a need for Parliament to critically investigate the activities of these churches and pastors to protect Ghanaians from exploitation.

The Speaker of Parliament, Prof Mike Oquaye, subsequently tasked the Youth, Sports and Culture Committee, and the Constitutional, Legal and Parliamentary Affairs Committee, to within a one-month period, develop recommendations on the possible regulation of churches in the country.

But Archbishop Duncan-Williams said rather than passing laws to regulate churches, the state should be more interested in enforcing existing criminal laws on abuse and exploitation.

“There are enough laws already made that should be enforced,” he said.

According to him, it was for that reason that bodies such as the Christian Council, the Catholic Bishops’ Conference and the Ghana Pentecostal and Charismatic Council (GPCC) have been set up to self-regulate churches.

Nonetheless, he said the cure for abuses and exploitation of the flock of God is increased teaching of sound Biblical doctrine.

“We should increase the level of light and knowledge and understanding because the more light people have and they can see, you can’t fool them, you can’t manipulate them. I think we have a lot of work to do,” he said.