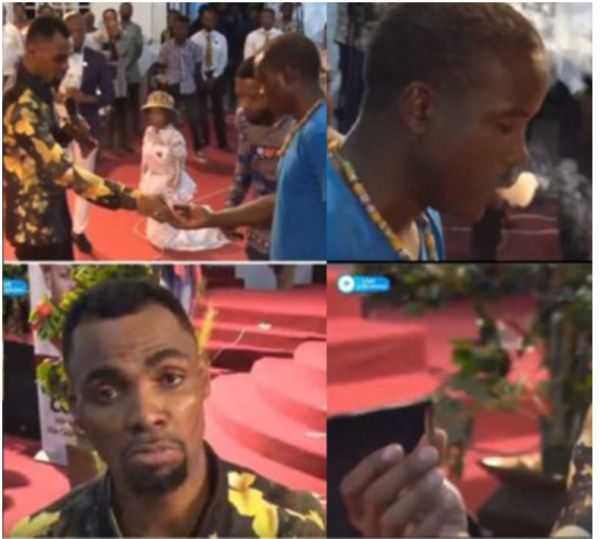 A weird scene played out at a three day church programme organized by Ghanaian preacher Abruku Abruka, as the General Overseer of Anointed Palace Chapel Rev. Obofour made a member of the church he visited, smoke weed in the auditorium.

Rev. Obofour had a brief encounter with the man in church after he asked if anyone in the church had marijuana. After the man identified as 41-year-old Razak came out with one, the Ghanaian Pastor asked him to smoke it to verify his claim.

He further said that the weed he made Razak smoke in church was the last one, as he has now broken that "bad habit" and is ready to take care of him (Razak) as his own son.

Here is the video below;