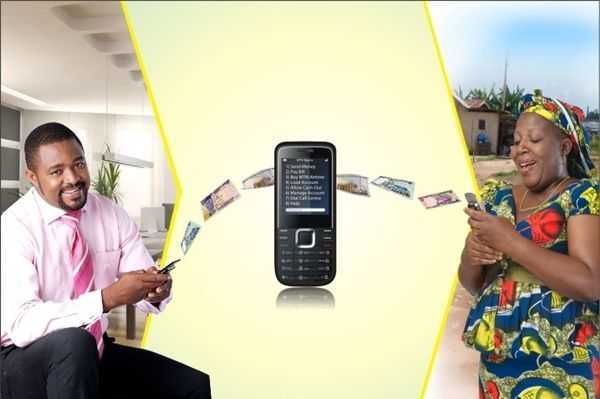 Digital payments are becoming popular in Ghana, with most people getting familiar with cashless transactions.

Mobile Money (MoMo) transactions, in particular, have soared as a result of the growth in mobile phone usage.

To keep abreast of technological trends, some churches have also adopted digital forms of payment, especially MoMo, as a means of collecting tithes, offerings and other donations from their congregants.

Just as offertory bowls are placed in front or passed around for people to drop their donations, the MoMo numbers and bank accounts are projected on screens (in addition to the bowls) for members who prefer to contribute digitally.

For instance, at the Prayer Palace International Ministry, off the Spintex Road in Accra, the inscription “Send your offering and tithes on MTN mobile money" is projected on all screens after the church’s official MoMo numbers have been displayed.

According to Lady Reverend Adaeze Ayoka, one of the leaders of the church, MoMo was a simple and convenient way to make contributions to the church.

"We stream live online and people participate in church activities via digital media and so MoMO allows them to make their financial contributions during the service," she said.

She stated that globally, digital transactions were taking over the traditional payment method and the church should not be left out.

“Christianity does not mean we should stick with the old system. The world is changing; things are not like before so we have to be able to modify our practices to make things easier for people,” she noted.

She explained that the mobile money numbers displayed were registered in the name of the church with the church’s certificates and so contributions go into the church’s account.

"Before you will be able to register, you have to use the church certificate to confirm that the church is registered," she explained.

Rev. Ayoka encouraged churches to make use of the digital payments system, saying “we are in a digital era so let’s migrate the church to that level to enhance the work of God.”

The supposed screen-shot had different amounts and details of an account number into which cheques could be paid.

From the reaction of most people interviewed, paperless payment was not new in churches, especially among the charismatics.

Some opined that even in Orthodox churches, some dues and group contributions were paid to leaders via MoMo and so it was appropriate if the churches registered official numbers to prevent some individuals from mismanaging church funds sent to their personal MoMo accounts.

In an interview with The Mirror, Ms Gifty Yeboah, a member of the Prayer Palace International Ministry, said: "I have been paying my offering through MoMo and it is very convenient especially during evening service and all nights as I don’t have to worry about carrying cash.”

She said there were also instances when people moved to church service from work and didn’t have cash on them so MoMo made it easier to contribute.

Ms Antoanette Sedinam Akoto-Tenu, a member of the All Grace Chapel International, also stated that although she had not used such medium, her church had an official MoMo number and members used that to send their contributions.

A member of Christ Embassy, Mr David Dodzu Dagga, also stated that since most churches streamed online, taking tithes and offering via digital payments allowed people to contribute irrespective of their location.

Togbe Appolimaire, however, said he preferred to pay his tithes in cash instead of paying via MoMo.

From Cape- Coast, Shirley Asiedu- Addo reports that some churches have also adopted the digital way of paying offerings and tithes.

For instance, the Lighthouse Chapel International accepts tithes and offerings through MoMo.

A member of the Assemblies of God, Ms Mildred Nkrumah, said it would have been convenient if her church also accepted contributions through such means.

For Ms Sally Ngissah a member of the Ebenezer Presbyterian Church, she prefers the traditional method explaining "I don't want anybody to know what I pay so I would rather put it in an envelope without my name on it.”